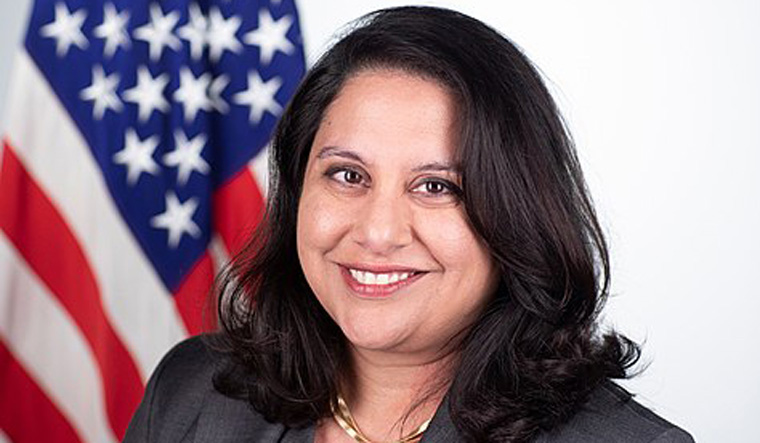 Two leading Indian-American women have led the Democratic party's move to oppose the nomination of fellow community legal luminary Neomi Rao for the prestigious and powerful US Court of Appeals for the District of Columbia Circuit, citing her "excuses" for sexual assault and "hostility" to civil and human rights as reasons.

US President Donald Trump had announced Rao's nomination in November while celebrating Diwali at the White House. Trump had nominated her in place of Justice Brett Kavanaugh, who in October was sworn in as a Supreme Court judge.

"This is simply not appropriate for someone who wishes to serve on a federal bench," said Jayapal, the first Indian-American woman ever elected to the House of Representatives. Senate Judiciary Committee "should reject" Rao, she said on Monday.

Now considered as among the leading Democratic lawmakers, Jayapal was recently re-elected for her second consecutive term to the US House of Representatives.

If confirmed by the United States Senate, Rao, 45, would be the second Indian-American after Sree Srinivasan in this powerful court, which is considered a step below the US Supreme court.

However, unlike the nomination process of Srinivasan, wherein the entire Indian-American community was united and campaigned aggressively for his confirmation, Indian-Americans are a bitterly divided lot this time.

"Her controversial writings set the stage for the damage she has done as President Trump's administrator of the Office of Information and Regulatory Affairs (OIRA), where she has led the Trump administration's aggressive regulatory agenda to undermine civil rights and public protections," said Vanita Gupta, a leading Indian-American legal luminary.

"Rao's demonstrated hostility to the civil and human rights of all should disqualify her from a lifetime appointment on the federal judiciary. We urge all senators to reject her nomination," Gupta said in a strongly worded statement.

She alleged that Rao had already proven that she is incapable of serving as a fair and impartial judge on the federal bench.

"Her past is her prologue," said Gupta, who currently is president and the CEO of The Leadership Conference on Civil and Human Rights.

Rao is slated to appear before the Senate Judiciary Committee for her confirmation hearing on Tuesday.

She is expected to face tough questions from the Democratic members of the Senate judiciary Committee including the Indian-origin Senator Kamala Harris.

The White House did not immediately respond to questions on the allegations against Rao.

In her current role, Rao has played a key role in regulatory reform, which, according to the White House, saved American families and businesses $23 billion in fiscal year 2018 by getting rid of unduly burdensome and unnecessary regulation.

Prior to her service as OIRA administrator, Rao was a professor of structural constitutional law, administrative law, and legislation and statutory interpretation at the Antonin Scalia Law School at George Mason University.

She founded the Law School's Center for the Study of the Administrative State and focused her scholarship on the political and constitutional accountability of administrative agencies and the role of Congress.

She has served in all three branches of government including as associate counsel and special assistant to former President George W. Bush.

In between government service, Rao practised in the London office of Clifford Chance LLP, specialising in international law and commercial arbitration.

"Neomi Rao, who was just nominated to replace Brett Kavanaugh on the DC Circuit court, has no business being anywhere near the federal bench," said Senator Kirstin Gillibrand.