We look forward to working with Dravid: Rohit Sharma 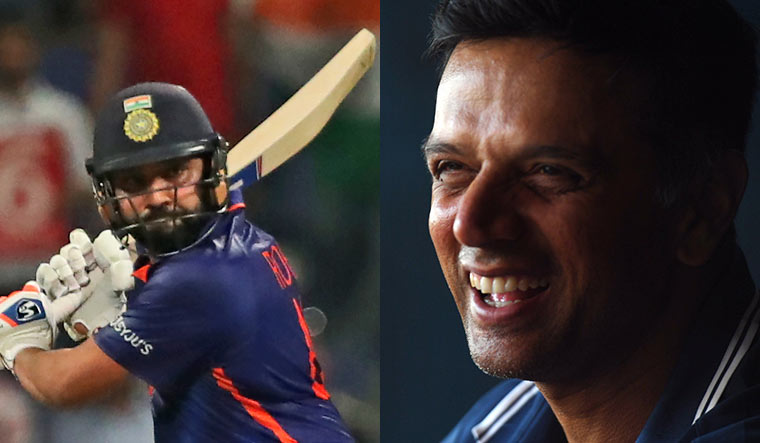 India vice-captain Rohit Sharma on Wednesday welcomed the appointment of Rahul Dravid as the head coach of the team, saying that the players were looking forward to working with the batting great.

"We were playing the game (against Afghanistan), so I had no idea (about it). Congratulations to him (Rahul Dravid) for coming back in a different capacity in the Indian team, we look forward to work with him," Rohit said at the virtual press conference, hours after the BCCI appointed Dravid as the head coach.

Former captain Dravid was on Wednesday appointed as the head coach of the Indian men's cricket team by the BCCI, a development that was imminent after the batting great was convinced by the board's top brass.

The former right-handed batsman, who was working as the head of National Cricket Academy, has been appointed for a period of two years till the 2023 ODI World Cup in India.

He will take charge from the upcoming home series against New Zealand, starting November 17.

"He (Dravid) is a stalwart of Indian cricket and it will be nice working with him in future," quipped Rohit, who played an important knock of 74 in India's 66-run win against Afghanistan in a Super 12 match of the T20 World Cup here.