Will Marta’s hunt for elusive Olympics gold end in Tokyo? 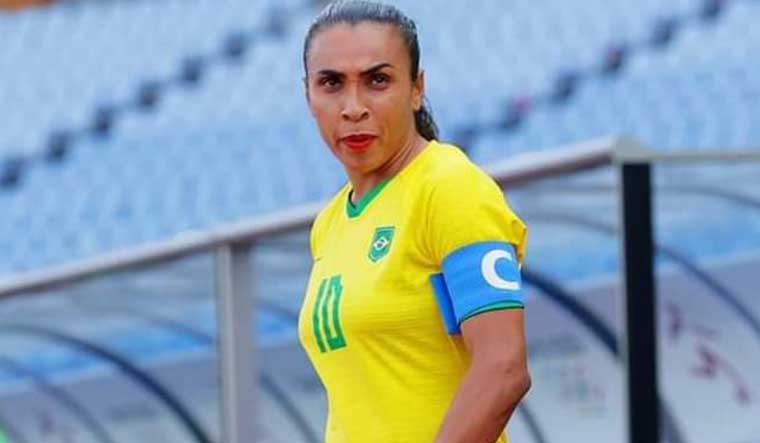 The number 10 jersey has an aura of its own on the football field. Be it Diego Maradona, Zinedine Zidane, Roberto Baggio, Lothar Matthäus or Lionel Messi, legends, cutting across nations, have donned it, leaving their bit of gold dust on it.

Brazil, however, can boast of having given some of the greatest number 10s in history of football. From the one and only Pele to Zico, from Rivaldo to Ronaldinho, from Kaka to Neymar, the jersey was always in safe hands for the Selecao.

But, in Brazilian women’s football, there has, perhaps, never been a player greater than Marta Vieira da Silva to don the number 10 jersey. The six-time winner of the FIFA World Player of the Year award (2006-10, 2018) is, arguably, the greatest female footballer of all time.

Marta, who is currently leading Brazil at the Tokyo Olympics, became the first player to score in five straight Olympics after scoring a brace in her country's 5-0 win against China in the opener. She has scored 111 international goals so far. She now has 12 Olympics goals and is now just two away from the all-time record held by her compatriot Cristiane.

Interestingly, she was born in the year the Brazilian women’s football team played its first match – 1986. Strangely, for a country where the sport is a religion, Brazil had banned women’s football from 1941 to 1979.

Marta started off playing with boys, and with deflated balls and crude footballs made of grocery bags. She even joined a local boys’ team. At 14, she was picked by the Vasco da Gama club. But she grew in prominence during the five seasons she spent with the Swedish club Umeå IK, leading it to the UEFA Women’s Cup (now known as the Women’s Champions League) title in 2004.

Marta made her international football debut in 2002 as part of Brazil’s under-20 Women’s World Cup team. The following year she made the senior team debut and scored three goals at the FIFA Women’s World Cup. But, Brazil were eliminated in the quarterfinals.

For all the accolades she has won so far, Marta is yet to win an Olympic gold or a World Cup. At the 2007 Women’s World Cup, she won the Golden Boot by scoring seven goals but Brazil finished second. Four years later, the Brazilian national team was again eliminated in the quarterfinals. She scored her record 15th Cup goal in 2015 with a penalty kick against South Korea. In 2019, she scored her 17th World Cup goal, making her the all-time World Cup record goal scorer across men’s and women’s football, but Brazil were eliminated in the round of 16.

At the Olympics, Marta had to contend with silver medals at Athens in 2004 and at Beijing four years later. The 35-year-old will leave no stones unturned this year at Tokyo to change the hue of the medal from silver to golden.