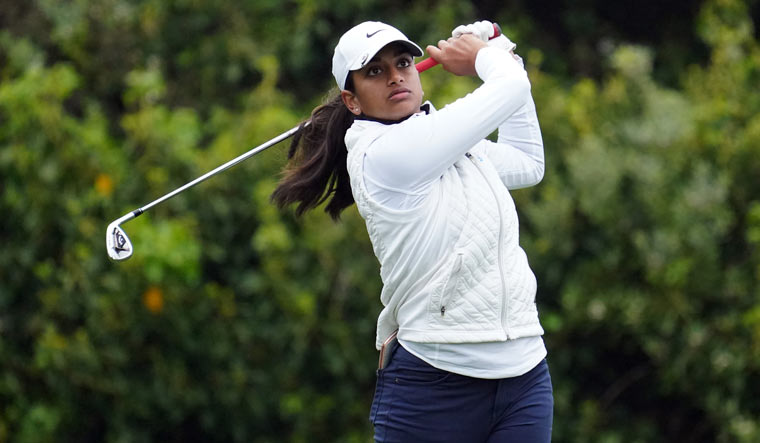 Megha Ganne, a 17-year-old American amateur with Indian parentage, shocked the big names in women's golf by taking the lead in the first round of the US Women's Open.

The high school student is the first amateur in 15 years to do so since Jane Park achieved the feat in Newport Country Club in 2006, two years after Ganne was born.

She was in sole lead at 5-under before she dropped a shot at the 18th to fall into a share of the lead.

Ganne shared the lead with English professional Mel Reid at the The Olympic Club's Lake Course where the women are playing a Major for the first time.

Ten other players were at even par, including 2018 champion Ariya Jutanugarn and Lydia Ko, as only 15 players managed to shoot under par at the Par-71 course.

The New Jersey girl, Ganne, had come into her second US Open the hard way as she won a three-way play-off to gain one spot last month.

She had earlier played the US Open in 2019 and missed the cut. She is hoping to go to Stanford for college after finishing high school.

Ganne, whose parents Sudha and Hari are first-generation migrants, backed her interest in golf and she also revealed that she had a couple of good conversations with Brooks Koepka, who has won the US Open for men twice.

Ganne's resume includes starts at the 2017 US Women's Amateur, the 2018 US Women's Four-Ball Championship and the 2019 the US Women's Open in Charleston. She is also a four-time-finalist at the Drive, Chip and Putt National Championship at Augusta National.

While Ganne was clearly having her finest day at the US Open, co-leader Mel Reid was having her best round in a Major, as she had missed the cut in four of her last five US Opens.

The field of 156 will be trimmed to 60 after the second round.