Ronaldo, however, named Messi as his second choice 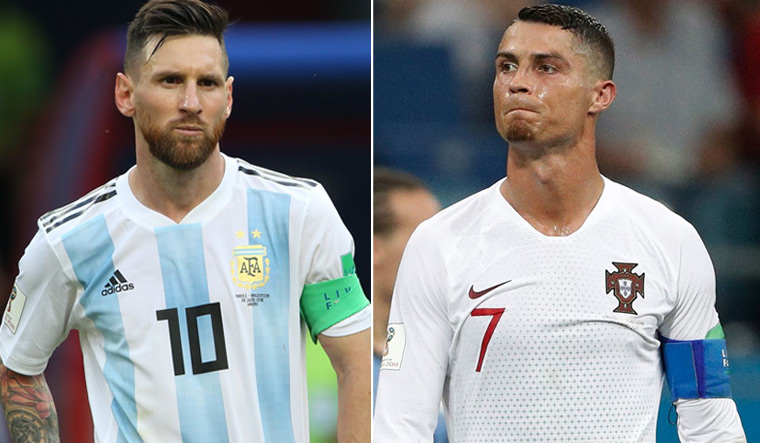 Robert Lewandowski may have won his biggest personal prize, showing that a striker not named Lionel Messi or Cristiano Ronaldo can be voted the world's best male footballer, but there's no keeping the duo out of 'action'.

The Poland captain was named the FIFA Best Men's Player for 2020 after his 55-goal season lifted Bayern Munich to a sweep of international and domestic trophies. The Polish striker scored the staggering number of goals in 47 appearances across all competitions last term, firing Hansi Flick's side to an unprecedented Bundesliga, DFB Cup and Champions League treble in the process.

Lewandowski picked up the annual individual prize in Zurich after being recognised by the majority of fans, journalists, national team coaches and captains for his outstanding 2019-20 season at Bayern Munich.

Interestingly, FIFA has now made the final votes public, giving supporters the chance to find out who their favourite players picked before the ceremony on Thursday.

Ronaldo, who helped Juventus win a ninth successive Serie A crown last season, included Lewandowski, Messi and Kylian Mbappe in his final three, but the Argentine, surprisingly, did not return the favour.

Messi's decision to include two Paris Saint-Germain stars is certain to raise speculations of a likely move to the club once his Barcelona contract expires next year. Neymar had already expressed his desire to be reunited wih his former Barca teammate.