Pandya's gesture came during the game against Rajasthan Royals on Sunday 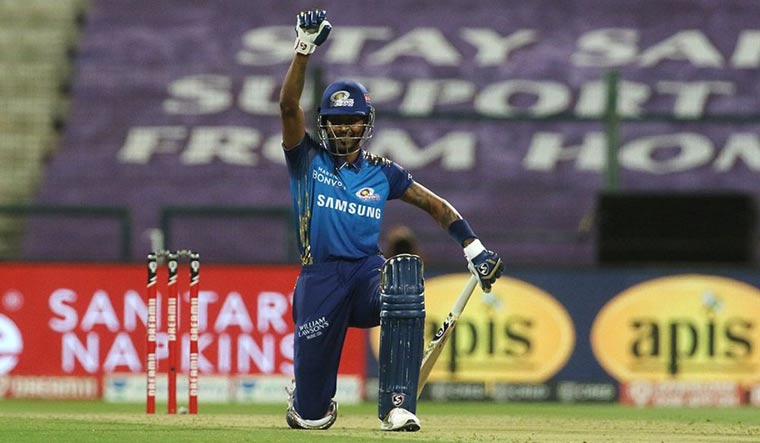 Mumbai Indians all-rounder Hardik Pandya has become the first player in the ongoing Indian Premier League to take a knee in support of the 'Black Lives Matter' movement.

Pandya's gesture came during the game against Rajasthan Royals on Sunday.

The all-rounder smashed 60 run from just 21 balls. After reaching his half century in the 19th over, he went down on a knee with his right arm raised to show solidarity with the movement against racism.

After the match Pandya even tweeted a picture of himself with the caption "#BlackLivesMatter".

Last week, West Indies Test skipper Jason Holder, who plays for the Sunrisers Hyderbad, had expressed his disappointment over none of the IPL teams taking a knee in solidarity with the movement, which, he felt, went unnoticed in the league.

"To be honest, I haven't had one conversation up here around it (BLM). Sometimes it seems it has gone unnoticed, which is a sad thing.

"I guess it's for us to re-highlight the importance of it, for people to understand what is happening in the world," Holder had said.

The "taking a knee" gesture started in the West Indies' Test series in England this summer in protest against racism after African-American George Floyd was killed by an on-duty white police officer in Minneapolis.

But the gesture was later discontinued for the subsequent tours of Pakistan and Australia.