Washington Sundar took the wicket of Rohit Sharma, giving away just 12 off 4 overs 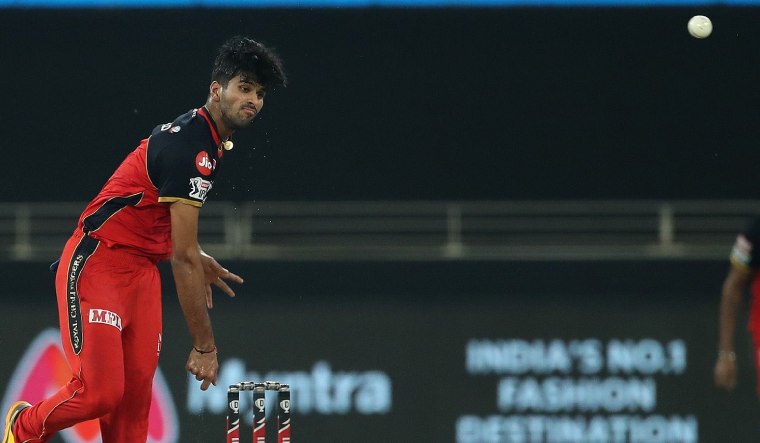 The Indian Premier League contest between Mumbai Indians and Royal Challengers Bangalore on Tuesday saw some great performance from batsmen and bowlers of both sides. However, India head coach and former national cricketer Ravi Shastri was bowled over by the show displayed by one particular player, whom he called special.

RCB’s Washington Sundar, who took the crucial wicket of MI captain Rohit Sharma by giving away just 12 runs in four overs, was the recipient of admiration from the former cricketer.

Shastri called his performance in the IPL the “best” so far in 2020.

“In a batsman’s world - from Chennai to Washington. Best IPL performance so far in 2020. Special,” Shastri tweeted along with an image of Sundar.

In a batsman’s world - from Chennai to Washington. Best IPL performance so far in 2020. Special ✊ #IPL2020 #RCBvMI pic.twitter.com/xIW97CnIxB

Rohit’s attempt to smash a big one off Sundar’s bowling in the second over ended up in agony for the Mumbai team when their captain was caught by Pawan Negi at deep-mid-wicket. But that didn’t stop the young bowler. He continued to keep MI batsmen on their toes, barely giving them the chance to hit big during his bowling.

Mumbai Indians did fight back after being reduced to 78/4 in the 12th over, with Ishan Kishan and Kieron Pollard putting on a 119-run partnership helping MI level the score at 201, taking the match to a Super Over.

RCB won the match after Navdeep Saini restricted MI to 7 runs and AB de Villiers and skipper Virat Kohli chasing it down successfully in the last ball.