Raina had earlier hinted that he could come back 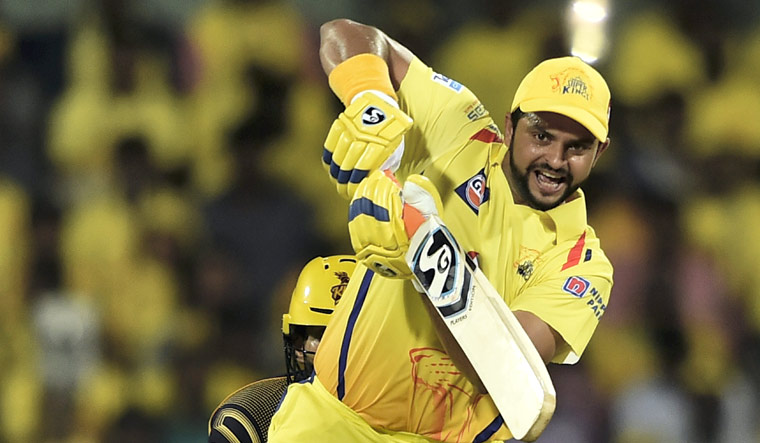 Chennai Super Kings CEO Kasi Viswanathan has ruled out the return of Suresh Raina in the ongoing Indian Premier League as he has made himself unavailable. Raina had returned to India from the UAE before the start of the IPL due to personal reasons, but hinted later that he could come back.

“We cannot look at Raina because he made himself unavailable, and we respect his decision and his space. We are not thinking about it,” Viswanathan told ANI.

“I can assure the fans that we will bounce back strongly. It's a game and you have your good and bad days. But the boys know what they need to do and the smiles will be back,” he added.

CSK have had a shaky start to the IPL, having won the opener against Mumbai Indians but have struggled in the subsequent matches. Following the back-to-back losses against Rajasthan Royals and Delhi Capitals, fans on social media have demanded that Raina return to the squad in order to strengthen the batting line-up.

Chennai lost its second match in the 2020 IPL against Rajasthan Royals by 16 runs despite a last-minute explosive batting by captain M.S. Dhoni following his demotion to No.7 in the batting order.

In its next match against Delhi Capitals, CSK lost by 47 runs chasing 176.

In the three matches that CSK have played so far, only South African player Faf du Plessis has been in consistent form. Ambati Rayadu, who scored 71 in the opener against MI, was ruled out the last two matches due to injury.

However, Viswanathan has confirmed that Rayudu will return for CSK’s next match against SunRisers Hyderabad.

CSK skipper Dhoni admitted that there was a lack of steam in the batting and it hurt the team, with coach Stephen Fleming, too, echoing that the batting was “muddled”.

“We are lacking a bit of steam in the batting and that hurts. The run rate keeps on mounting after such slow starts and adds pressure, we need to figure that out. We need to come back with a clearer picture, looking at the combination. There are quite a few things we can think about. We are one batter extra to start off, so the players need to step up,” Dhoni said.

Fleming has also said that the team is trying to figure out a possible batting combination in the absence of Raina.