Barcelona ‘waiting to see’ if Suarez leaves or not, says Koeman 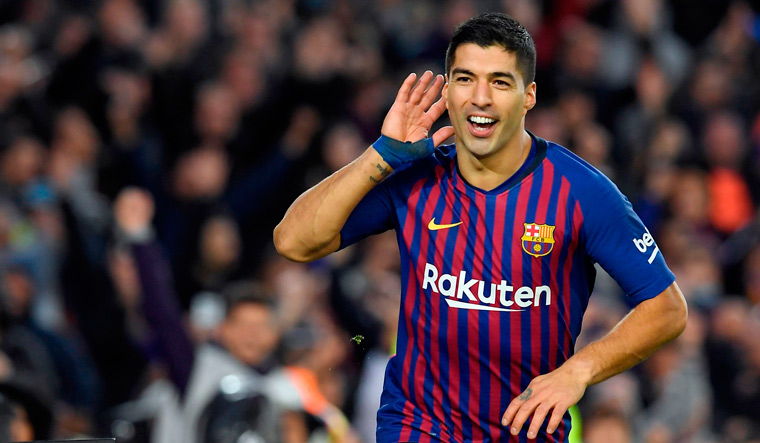 [File] Luis Suarez’s future at Barcelona is in doubt | AFP

Amid speculations over Luis Suarez’s future in Barcelona, new manager Ronald Koeman has said that he, along with the club, is waiting to see if there is a “way out or not” before the close of the transfer window.

“I was talking to Luis this morning. We are waiting to see if there is a way out or not. We respect the contracts and from day one we have said that if he stays on the squad, he will be one more,” Koeman said after Barcelona’s 3-1 friendly win over Girona on Wednesday.

Koeman once again did not include Suarez in the matchday squad as doubts over the Uruguayan striker’s future at Camp Nou continue. Suarez is in the final year of his contract at Barcelona.

The 33-year-old had said last month that he wanted to remain at Barca for now.

“(I want to stay), as long as I am counted on, I want to continue contributing as much as I can,” he said, adding that if he is no longer wanted, the club should tell him.

Soon after replacing Quique Setien, Koeman had made it clear that Suarez had no place in his plans for the club, but lately the Dutchman has suggested that he would be willing to work with the striker.

Various clubs, including Juventus and Ajax, have shown interest in the Barcelona forward, with the Serie A champions closing in on a deal with Suarez for a three-year deal worth 10 million euros.

However, Goal reported that Suarez’s move to Juve may not happen due to a prolonged process of securing an Italian citizenship and passport to allow him to move there.