Going with current standings will be unfair to many teams 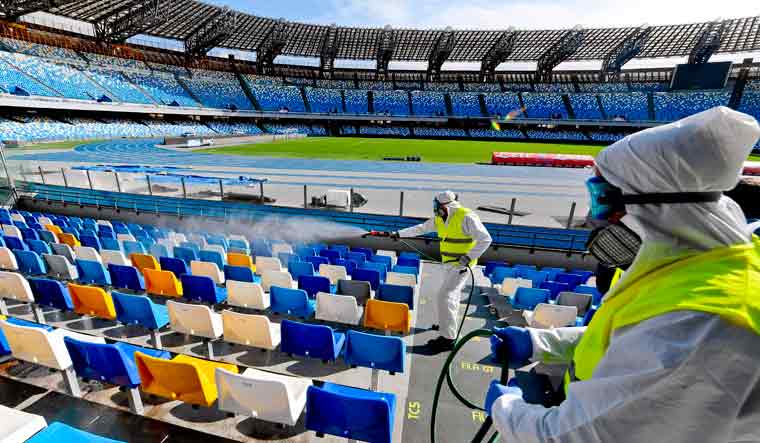 The COVID-19 outbreak has put the entire footballing community into chaos. With domestic and international leagues and cups across the globe suspended, and no clear picture of the disease infections graph in sight, authorities are in a state of limbo. Top leagues - Premier League, La Liga, Ligue 1, Bundesliga, Serie A and others have been suspended with no clear picture as to when the leagues could restart. The german Bundesliga was supposed to restart on May 9, but with a surge in COVID-19 cases in the country, this is also in doubt.

There have been a lot of talks of declaring the winners based on the current standings. This has been particularly fueled due to the situation in the Premier League where leaders Liverpool are twenty-five points clear at the top of the table. In Ligue 1, PSG are twelve points ahead of second-placed Marseille while in the Bundesliga, leaders Bayern are just four points clear at the top. While judging some of these clubs as winners might sound logical and even fair in the case of Liverpool, it could be highly unfair towards other teams in their respective leagues.

Where the problem lies

Declaring the current standings as final does not only have an impact on who becomes the winners, but also on other crucial spots such as Champions League posts, Europa League places and even relegation spots. Declaring the season null and void will avoid greater damage as many clubs would be dealt a heavy blow at the cost of just the champions if the current standings are to be declared final. Champions League spots, Europa League spots and relegation zones are hotly contested across leagues and even slightest of changes have a huge bearing on these positions. Declaring the season null and void will avoid a greater disaster but it could still impact top clubs in the second divisions of the domestic leagues, who would have otherwise been promoted to the top leagues. Let’s take a look at the standings of some fo the top leagues.

Leaders Liverpool are twenty-five points clear and deserve to be champions and secure a place in the Champions League. Manchester CIty too could secure a place unless things went horribly wrong. But between Leicester, Chelsea, Manchester United, Wolves, Spurs, Sheffield, Arsenal, Burnley, Palace and Everton, the rest of the Champions League spots and the Europa League spots will be tightly contested. With nine games to go at least for each of these teams, Europa League qualifications will be a tight contest. Bournemouth, Aston Villa and Norwich who are all in the relegation zone have more than a fighting chance to avoid being relegated.

Barcelona and Real Madrid sit just two points apart with Barca in the lead. It is too close to call a winner with eleven games to go. While the duo will most likely secure two of the three Champions League spots, the remaining spot has five strong contenders in Sevilla, Real Sociedad, Getafe, Atletico and Valencia with just five points separating third-placed Sevilla and seventh-placed Valencia. The same teams also run a tight race for Europa League qualifications. Mallorca, Leganes and even Espanyol have more than a chance to avoid being relegated.

Leaders Bayern hold a slender lead of four points over Borussia, but with thirteen games to go, a lot can change. Leipzig, Monchengladbach and Leverkusen too are not far behind. While they may not be able to contest Dortmud and Bayern for the title, Champions League and Europa League qualification spots are up for grabs. Bottom-placed Dusseldorf, Bremen and Paderborn 07, too cannot be assumed to be relegated.

PSG sit comfortably at the top, twelve points clear of second-placed Marseille. While the two are clear favourites to occupy two of the three available Champions League spots (PSG being title favourites), it is too close to call for the third spot between Rennes and Lille who are just a solitary point apart. While Toulouse are most likely to be relegated owing to their disastrous season, the same cannot be said for Nimes and Amiens.

It is too close to call at the top with leaders Juventus just a single point ahead of Lazio with sixty-three points. Inter occupies the third spot with fifty-four. While the three Champions League spots could be decided between these three, there is no clear title favourite. While SPAL and Brescia are deep into the relegation zone, Lecce who are at twenty-five points will be dealt a heavy relegation blow if current standings are final as they share the same points with Genoa.

While title favourites could be decided easily in some of these leagues, the same is not the case in all leagues. Even in the leagues where there are clear title favourites, qualification spots for Champions League, Europa League and relegation spots are a tight affair.

Current standings as final will be highly unfair towards a majority of the teams. Declaring the season null and void could also hamper promotion chances of teams placed top in the second divisions. A possible scenario with the least damage would be to declare the season null and void without any relegations but incorporating two additional teams from the second division in the next season. That season can then have five relegation spots so that the leagues come back to twenty teams in the 2021-22 season. Such a scenario means that only the title favourites would be affected, but it would mean a win to the majority at the cost of very few. This scenario will be the most logical if play cannot resume in these leagues owing to the COVID-19 outbreak. With many countries testing more people positive, a restart of leagues does look unlikely.