The Serb won the title in the longest final in Wimbledon history at 4 hrs, 55 mins 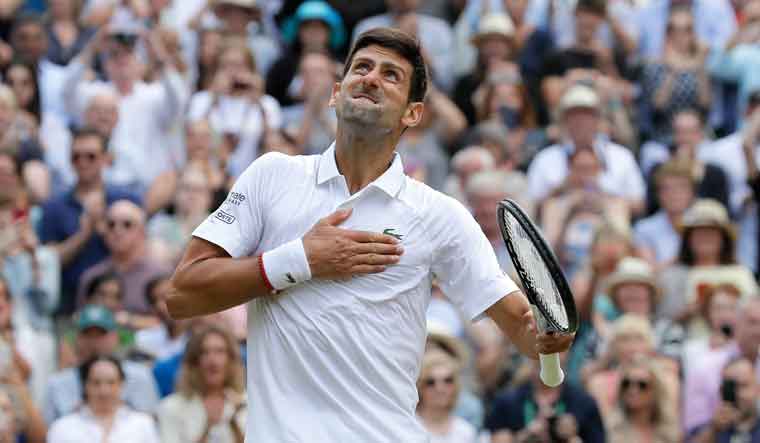 The world No. 1 won his fifth title dispatching his longtime rival 7-6 (7-5), 1-6, 7-6 (7-4), 4-6, 13-12 (7-3) in an epic heavyweight duel that saw fans, royals and celebrities who flocked to the most hallowed grounds in tennis completely enraptured and produced the first tiebreaker to decide a Wimbledon title in the championship's history.

Federer was aiming to win his ninth Wimbledon crown and his 21st major and to become the oldest man (37 years, 340 days) in the Open era to win a Grand Slam singles title. Instead, it was Djokovic who made history as the first man in the Open era over age 30 to successfully defend a Wimbledon title.

After prevailing in a tightly contested first set, Djokovic lost steam in the second before finding his grove again in the third set tiebreaker. After Federer stormed back again in the fourth, Djokovic gutted out a nerve wracking fifth set in the longest final in Wimbledon history at 4 hours, 55 minutes.