Why did Gautam Gambhir don a dupatta and bindi? 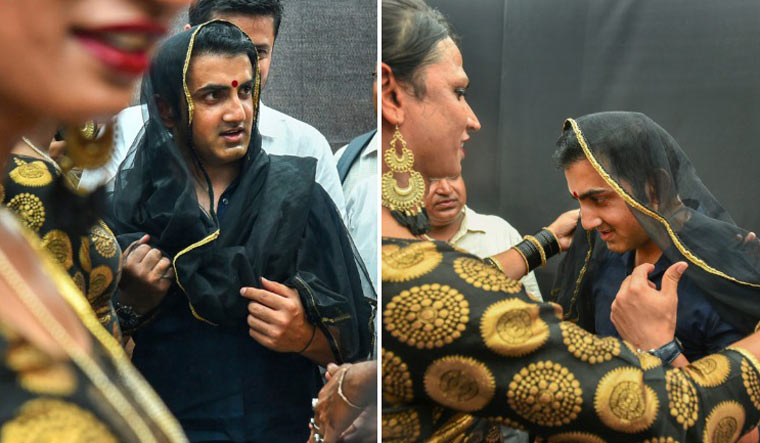 Indian cricketer Gautam Gambhir has courted controversy several times both on and off the field. His confrontations with rival players are part of cricket folklore. And his tweets have often stirred up emotions or rubbed people the wrong way.

But then again, there have been instances that have showed the man has his heart in the right place. At the seventh edition of Hijra Habba in New Delhi, Gambhir won everybody's hearts when he donned a dupatta and a bindi. He was the chief guest at the event, which is an annual gathering of LGBTQI+ community and supporters. The theme this year was: Born This Way. With the Supreme Court recently striking down Section 377, which decriminalises gay sex, the event assumed a lot of importance.

A sport that he is, Gambhir took part in activities there and donned the dupatta and bindi during one such activity that was aimed to let people feel what it is like to belong to a different gender.

“I am really happy that Section 377 has been scrapped and I want to congratulate everyone for this judgment. I am supporting them (the community) and the cause of this event, which is to accept the community as they are. One thing I can assure that we can’t grow and move forward without involving anyone. They are as Indians as we are and should be treated with dignity and respect,” Gambhir said.

These are not mere words from the mouth of a chief guest. He proved his words match his deeds, when, on Raksha Bandhan, he tweeted pictures with his 'rakhi sisters'—transgenders Abhina Aher and Simran Shaikh.

“It’s not about being a man or a woman. It’s about being a HUMAN.” With proud transgenders Abhina Aher and Simran Shaikh and their Rakhi love on my hand. I’ve accepted them as they are. Will you? #respecttransgenders pic.twitter.com/6gBOqXu6nj

His gestures were lauded by the Twitterati.