Earth's inner core may have reversed its original direction of spinning 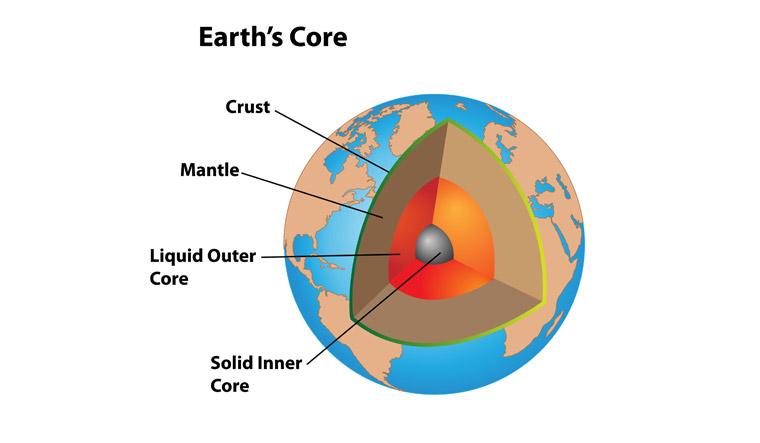 Geophysicists have said that the central core of the Earth has undergone a major shift in its rotational pattern. A study by scientists from Beijing's Peking University says that the innermost geologic layer of planet Earth stopped spinning and then reversed its spin direction of spinning.

The study published in Nature Geoscience says that the inner core’s super-rotation had stopped around 2009. From early 1970s to 2009, the inner core moved eastward. The movement may have paused 2009-2011 and now moving at a faster pace in the opposite direction. The seven-decade oscillation assumes significance since it is linked to a day's length, which affects the lives of people. 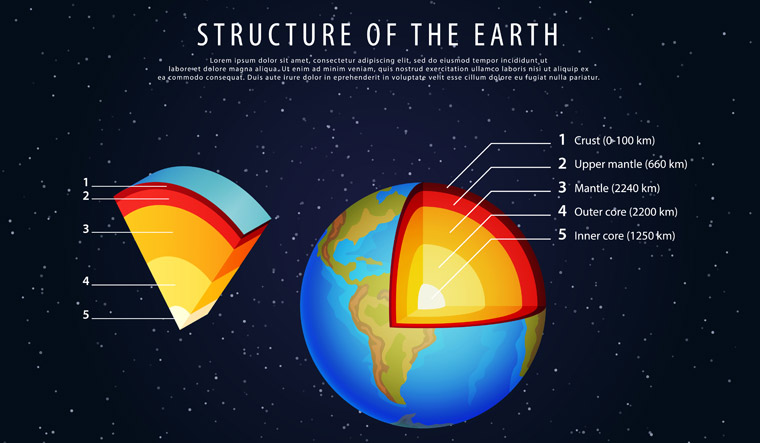 The outer core, surrounding the Earth’s solid metal core, on the other hand is made up of super-heated liquid iron and other materials. The solid metal core is able to spin independently at ts own pace due to the presence of the liquid barrier separating it from the vast mass of the mantle and the crust. Many scientists think that the speed of the rotation of the inner core is much faster compared to the the rest of the planet.

The Earth's magnetic field originates in its core, which is divided into a solid inner core, with a radius of 1220 km, and a liquid outer core. As Earth spins on its axis, the iron inside the liquid outer core moves around. The movement causes powerful electric currents to develop in the liquid iron itself. The outer core is responsible for Earth's magnetic field. The field is strongest at the poles and weakest at the equator.

The cooling and crystallisation of the core stirs up the surrounding liquid iron, creating powerful electric currents that generate a magnetic field stretching far out into space.