The innovative legacy of Clive Sinclair

The ZX Spectrum sparked an entire generation's curiosity with computers 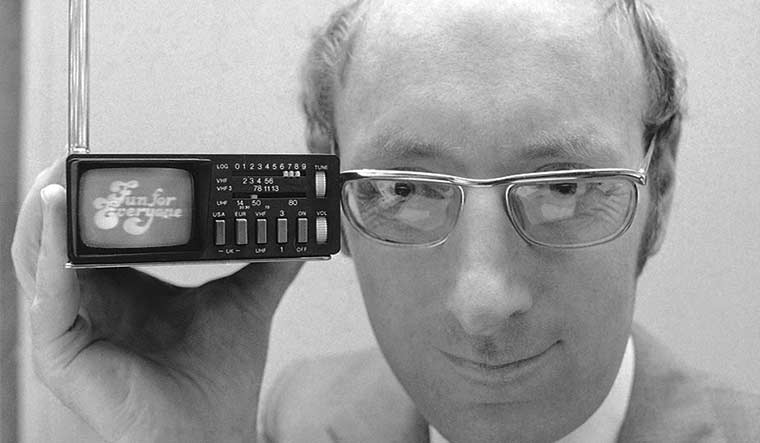 Clive Sinclair, a man credited with sparking a whole generation of Britons' interest in programming and computing as early as the 1980s, died on Thursday at 81. While he was a multi-faceted inventor, creating everything from the first portable electronic calculator to a miniature television, it was his ZX Spectrum microcomputer that earned him the most acclaim, achieving in the United Kingdom what the Commodore 64 did in the United States—sparking a home-computing revolution.

With an 8-bit computer with a 3.5MHz CPU, 16KB of ROM and 16 or 48KB of RAM, it was capable of outputting a colour display—a unique feat at the time. For an affordable under-£100 price (available in kit form for Enthusiasts could buy it in kit form for £20 or less). What the Raspberry Pi achieves today--being an affordable computer geared at developing programming skills and a DIY mentality--the Spectrum achieved in the 1980s. It helped bring personal computing to an entire generation of British geeks (although the Spectrum battled for relevance with the BBC Microcomputer). And on top of that, it was a competent gaming platform too: Titles such as Sim City, Football Manager and Jet Set Willy (to name a few) were developed for it, introducing many to the possibilities of video games.

Sinclair went on to develop a line of personal computers. Not only did Sinclair's computers spark a creative programming revolution with those who loved it, but it also inspired those who disliked it. Finnish programmer Linus Torvald's grew frustrated with a Sinclair computer--the Sinclair QL-- as it did not allow him to reprogram certain aspects of it (though he was able to clone the Pacman videogame on it). The experienced influenced him to later create the open source Linux operating system.

Sinclair's revolution reached India too: In 1986, Deccibells Electronics introduced a licensed version of the Spectrum+ in India, dubbed the "db Spectrum+".

His success with the Spectrum led to him getting knighted by the Queen in 1983. In a bid to create the next big revolution, he worked on an electric vehicle, developing the Sinclair C5--which went on to become a commercial flop after it was found too dangerous, flimsy and unsuitable for rainy weather.

He worked on other designs for personal transport, including a foldable bicycle. Decades later, Sinclair would try again to build an electric vehicle, announcing his work on a Sinclair X1 in 2011. However, that never managed to make it to market.

Sinclair died after a long battle with cancer. Though ailing, his daughter Belinda Sinclair said, he was still working on inventions up until last week.

Born in 1940 in the plush southwest London suburb of Richmond, Sinclair left school at the age of 17 and became a technical journalist before deciding he and the world would be better off if he used his brainpower to come up with inventions himself.

Aged 22, he formed Sinclair Radionics, his first company, making mail-order radio kits, including the smallest transistor radio in the world

He really came to prominence in 1973 with the world's first pocket calculator, before turning his sights and passions into transitioning the world of computers to the confines of the home.

He became a much-beloved figure in Britain and around the world, for his successes as well as occasional failures. Tributes poured in from modern-day equivalents such as Elon Musk as well as countless normal people who first got hooked on computers and gaming via one of Sinclair's inventions

The benefits of the Spectrum and its peers were felt far and wide, leading to a boom in companies that produced software and hardware. Not to mention the shops that were selling these home computers and all their add-ons.

British business mogul Alan Sugar, who was one of the main protagonists in this new era of home technology with his company Amstrad, paid tribute to his good friend and competitor."

What a guy he kicked started consumer electronics in the U.K. with his amplifier kits then calculators, watches mini TV and of course the Sinclair ZX. Not to forget his quirky electric car. R.I.P Friend," he said on Twitter.