This is China’s longest crewed mission to date 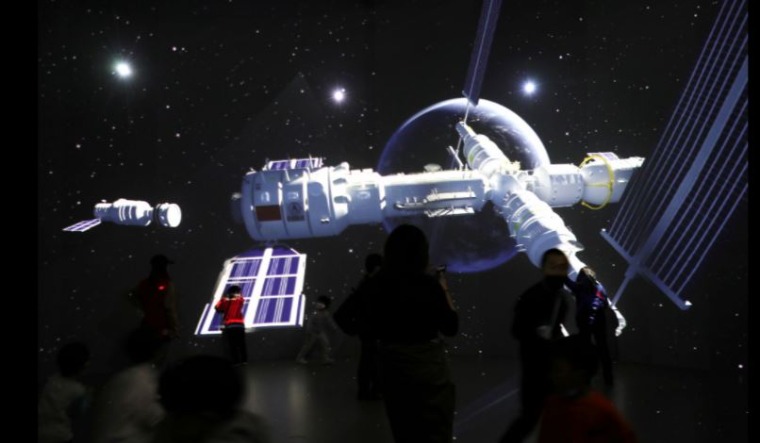 Visitors stand near a giant screen displaying the images of the Tianhe space station at an exhibition featuring the development of China's space exploration on the country's Space Day at China Science and Technology Museum in Beijing, China April 24, 2021 | Reuters

Astronauts Tang Hongbo and Liu Boming are part of the three-member crew that was sent on board the Tianhe space station for a three-month stay on June 17. The third member of the crew and mission commander  Nie Haisheng, is a decorated air force pilot in the People’s Liberation Army and has been part of two space missions.

Hongbo and Boming were tasked with elevating a panoramic camera outside the Tianhe core module of the Tiangong space station. The spacewalk is expected to last for six hours. The crew trained for 6,000 hours for the space station mission.

Footage released by Xinhua media showed the astronauts preparing for the spacewalk by donning gear and conducting health checks while exercising in the cabin.

This is China’s longest crewed mission to date. This is the first of the two spacewalks planned for the mission. The astronauts will carry out experiments, conduct maintenance and prepare the station for two more modules scheduled to launch next year.

The mission, China’s first one involving a crew in nearly five years comes as Beijing marks 100 years of the founding of the Chinese Communist Party.

The Chinese space agency is planning a total of 11 launches through to the end of next year. To date, the country has sent 14 astronauts to space.