Explained: What does ‘Dragon Man’ discovery say about the history of our species?

Modern humans are an abrupt mix of a lot of hominins 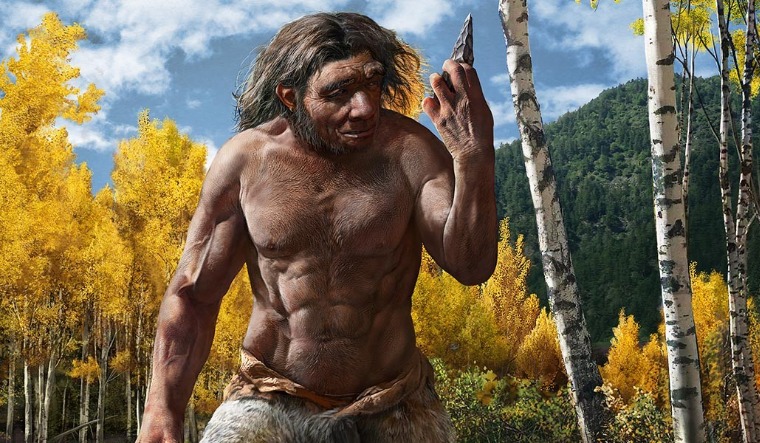 Almost a century back, a Chinese labourer forced by Japanese invaders to build a bridge across the Songhua River in the northern Chinese city of Harbin discovered an almost perfectly preserved human skull. The man, in order to prevent the artifact from falling into the hands of the Japanese, hid it in an abandoned well and informed his grandchildren of the object only on his deathbed. His descendents donated the skull to a Chinese university, and the object has now taken the scientific world by storm.

The researchers have dubbed the skull Homo Longi (Dragon Man), whose features and characteristics most closely resemble the modern humans, or the Homo Sapiens, even more than the Neanderthals. It had square eye sockets, thick brow ridges, a wide mouth, a huge molar and a massive brain.

As The Guardian reported, his wide, bulbous nose allowed him to breathe huge volumes of air, indicating a high-energy lifestyle, while sheer size would have helped him withstand the brutally cold winters in the region.

Important point to remember: Homo Sapiens were not the only species of hominins—referring to tribes of primates closely resembling or being direct ancestors to modern, anatomical human beings. At some point in history, several species of hominins including the Neanderthals (whose genes are present in almost all non-African lineages) and homo sapiens coexisted in a world. They intermingled, inter-bred and shared genes that resulted in stronger and more resilient breed of humans. Today, for reasons unknown, only the Homo Sapiens exist.

The Harbin dig perfectly coincides with scientists from Tel Aviv University and Hebrew University discovering another unknown group of hominins from Nesher Ramla near the city of Ramla in Israel. They are a still unidentified group, who, according to Marta Mirazon Lahr, an evolutionary biologist at the UK’s University of Cambridge: “Biologically, they still look very different and yet behaviorally they have a set of tools that are identical to the tools of the modern humans.”

What is the importance of the find?

The science world is torn on ‘Dragon Man’. While there is a clamour to earmark this finding as an entirely new species, a section of academia is pushing back, stating that the available evidence could place the Homo Longi as one of the known sub-species.

Modern humans are an abrupt mix of a lot of hominins. As The Wall Street Journal reported, Neanderthal genes account for about two per cent of the DNA of modern Europeans and Asians, including gene variants associated with cholesterol metabolism, depression, schizophrenia and the risk of contracting COVID-19. Traces persist among Africans as well.

Apart from Neanderthals and other prominent sub-groups like H. heidelbergensis, another species of interest is the Denisovans, a sister species to the Neanderthals, named based on the Denisova caves of Siberia from where a pinkie finger of a little girl belonging to the tribe was discovered. Not much is known about the Denisovans, due to the lack of reference genetic material, but digital reconstructions have pointed to them possessing long wide faces, protruding jaws and wide hips. As writer Graham Hancock, who has visited the Denisova cave in Siberia, pointed out, they also had surprisingly high-level technologies like a precision driller used in the construction of an amulet that was recovered. Very strange, considering they lived in the Palaeolithic age and not the Neolithic age.

Could the ‘Dragon Man’ be a Denisovan? Without further research, it is almost impossible to answer the questions and scientists are torn on the topic. Some sections of academia, like paleoanthropologist Xijun Ni of the Chinese Academy of Sciences, have pointed to the similarities between the Harbin skull and the Xiahe mandible—a Denisovan jaw discovered from Tibet in 2019. There are others who argue that the discovery was not of a new species, but that of ‘Homo Daliensis’, the same family as a skull found in China’s Dali in 1978.

The enormous, “weird” molar from the new find fits with the molars from Denisova, says Bence Viola, a paleoanthropologist at the University of Toronto who analysed them, according to Science Magazine.