CO2 spike may directly harm our ability to think 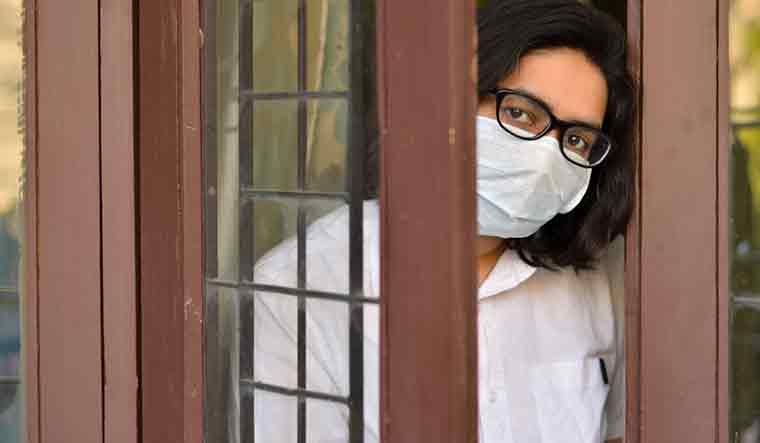 Relentless rise of carbon dioxide has put us on the threshold of ‘Anthropocene’, denoting the current geological age in which human activity has been the major influence on the climate.

Studies show that atmospheric CO2 is currently rising at close to 3 parts per million each year, and getting faster. Mostly released by the burning of fossil fuels, it accounts for nearly 76 per cent of total greenhouse gas emissions.

A new CU Boulder-led study finds that rise in carbon dioxide concentrations in our indoor living—indoor CO2 level goes up in sync with atmospheric levels—and working spaces by the year 2100 could make us unintelligent beings.

Atmospheric CO2 levels have been rising since the Industrial Revolution, reaching a 414 ppm peak at NOAA's Mauna Loa Observatory in Hawaii in 2019. In the ongoing scenario in which people on Earth do not reduce greenhouse gas emissions, the Intergovernmental Panel on Climate Change predicts outdoor CO2 levels could climb to 930 ppm by 2100. And urban areas typically have around 100 ppm CO2 higher than this background.

"It's amazing how high CO2 levels get in enclosed spaces," said Kris Karnauskas, CIRES Fellow, associate professor at CU Boulder and lead author of the study published recently in the AGU journal GeoHealth. "It affects everybody—from little kids packed into classrooms to scientists, business people and decision makers to regular folks in their houses and apartments."

Shelly Miller, professor in CU Boulder's school of engineering and co-author adds that "building ventilation typically modulates CO2 levels in buildings, but there are situations when there are too many people and not enough fresh air to dilute the CO2." CO2 can also build up in poorly ventilated spaces over longer periods of time, such as overnight while sleeping in bedrooms, she said.

When we breathe this air with high CO2 levels, the CO2 levels in our blood rise, and it reduces the amount of oxygen that reaches our brains. Studies show that this can increase sleepiness and anxiety, and impair cognitive function.

We all know the feeling: Sit too long in a stuffy, crowded lecture hall or conference room and many of us begin to feel drowsy or dull. In general, CO2 concentrations are higher indoors than outdoors, the authors wrote. And outdoor CO2 in urban areas is higher than in pristine locations. The CO2 concentrations in buildings are a result of both the gas that is otherwise in equilibrium with the outdoors, but also the CO2 generated by building occupants as they exhale.

"At this level, some studies have demonstrated compelling evidence for significant cognitive impairment," said Anna Schapiro, assistant professor of psychology at the University of Pennsylvania and a co-author on the study. "Though the literature contains some conflicting findings and much more research is needed, it appears that high level cognitive domains like decision-making and planning are especially susceptible to increasing CO2 concentrations."

The team says there may be ways to adapt to higher indoor CO2 levels, but the best way to prevent levels from reaching harmful levels is to reduce fossil fuel emissions. This would require globally adopted mitigation strategies such as those set forth by the Paris Agreement of the United Nations Framework Convention on Climate Change.

The research team hopes these findings will spark further studies on 'hidden' impacts of climate change such as that on cognition.