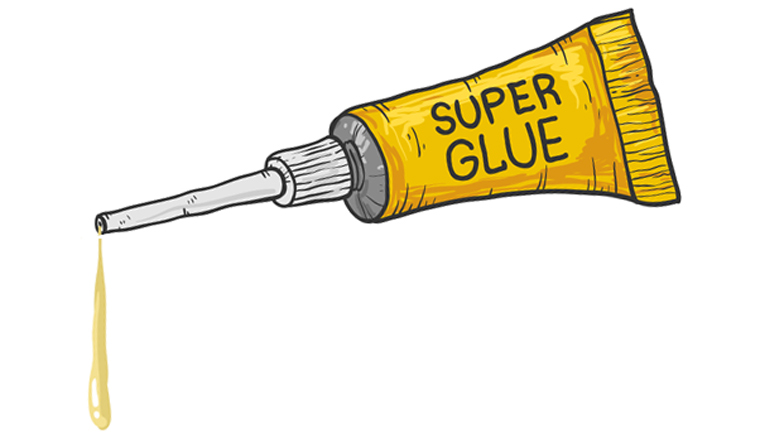 Researchers have demonstrated that ultrasmall plant-derived crystals can be developed into a super-glue, an advance that may lead to eco-friendly and cost-effective adhesives.

According to the researchers, including those from Aalto University in Finland, a single drop of the "eco" glue has enough strength to hold up to 90 kilogramme (kg) weight, but can still be easily removed by the touch of a finger, as needed.

The study, published in the journal Advanced Materials, noted that when trying to separate the glued components along the principal plane of the bond, the strength is more than 70 times higher when compared to the direction perpendicular to that plane.

"The ability to hold this amount of weight with just a few drops is huge, especially from a natural plant-based solution," said study co-author Blaise Tardy from Aalto University.

The researchers said the new glue may increase the reusability of valuable structural and decorative elements, provide new solutions for packaging applications, and lead to the development of greener adhesive solutions.

Hardening of the glue is associated with evaporation of the water phase (about two hours), which the scientists said can be controlled with heat.

They believe the glue could be widely adopted given the ever-increasing production of plant-derived crystals seen across the globe.

"The truly exciting aspect of this is that although our new adhesive can be sourced directly from residual biomass, such as that from the agro-industry or recycled paper, it outperforms currently available commercial synthetic products by a great many measures," Tardy said.