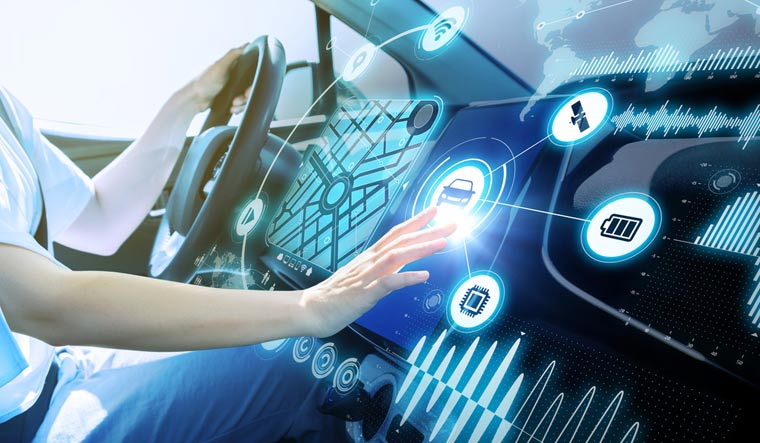 There’s a big shift going to take place in automotive industry. Connected car, the new buzz word in the automotive industry, is set to become a common phenomenon in the Indian market in the near future with rapid adoption of electric vehicles, according to a Deloitte report.

Connected car, which can communicate bidirectionally with other systems outside of the car (LAN), shares data with other devices both inside and outside the vehicle.

As per the 2020 Global Automotive Consumer Study by Deloitte, an annual report which comes up with insights on the automotive industry globally, the Indian market is expected to witness enhanced interest and demand for battery electric vehicles (BEVs) and connected vehicles going forward.

"Connected cars are poised to become a common phenomenon in India in the near future. And their relevance in the next few years is only bound to increase with the expected wide-scale adoption of EVs where connectivity features will help owners locate nearby charging stations and access telematics data among several other things," the study outlined.

The consumers' willingness to pay for advanced and connected technologies has improved over the last two years which is evident in the rising sales of cars that are internet connected, despite the slowdown in sale of passenger vehicles, it added.

"A substantial number of people are talking about their willingness to pay about Rs 50,000 to Rs 1 lakh extra for connected services in their cars," Deloitte India Partner Rajeev Singh said while elaborating on the findings regarding the Indian market.

Besides, the study reveals that people are looking keenly at entry of affordable products in the electric vehicle segment, Singh added.

"Moreover, in the time to come OEMs (original equipment manufacturers), are expected to struggle to get consumers to pay for advanced connectivity features, even when it means increasing road safety. The perception of Indian with respect to safety while driving connected vehicles is also very low," the study noted.

The study also stated that in India automobile OEMs are not the top choice in terms of trust for sharing of data by consumers.

Indians make up the top demographic region that is concerned about security of biometric data shared with connected vehicles, it noted.

"With the introduction of Personal Data Protection Act, the automotive industry would need to add another layer of regulation to balance benefits of connectivity with protection of consumer data," the report said.

The report also said the number of people reporting at least occasional use of ride-hailing services has increased in the last few years as consumers see multiple benefits in it.