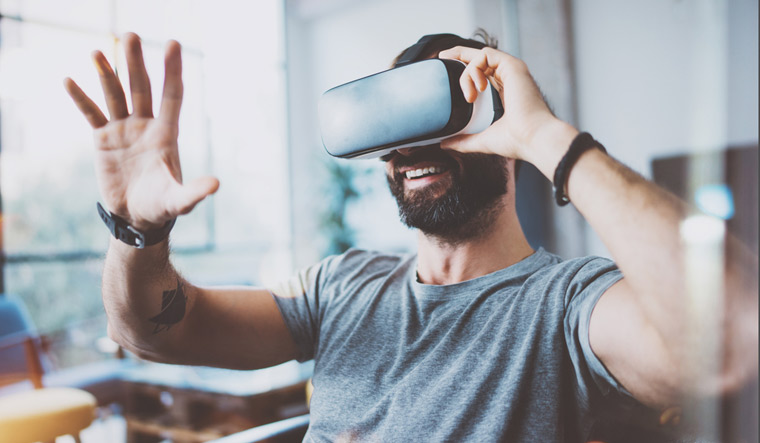 Researchers have found that virtual reality (VR)—a computer-generated simulation of a three-dimensional image or environment usually experienced using head mounted displays (HMDs)—may interfere with visual memory, a finding that may lead to better application of the technology.

According to the study, published in the Journal Frontiers in Psychology, HMDs, commonly used to experience VR, move the images to match the movement of the user, creating a sense of realism and enhanced immersion.

The scientists, including those from Toyohashi University of Technology in Japan, conducted an experiment using HMDs and examined the effects of VR on memory.

As part of the study, participants visited a museum virtually, and looked at paintings, following which their memories of the paintings were tested.

One group viewed images linked to their movements on an HMD (active VR group), and a second group watched another person's VR video on a display (passive).

On comparing the memory test results of the two groups, the scientists found that the active VR group performed poorly than the passive one.

Based on the findings, the researchers said, VR may interfere with visual memory due to the way it moves images in conjunction with user movement.

They speculate that the enhanced sense of realism and immersion created by the ability to look around freely, tires the brain and consequently prevents the formation of visual memory.

In further studies, the research team hopes to find out why visual memory is hindered when the participants can look around freely in VR.