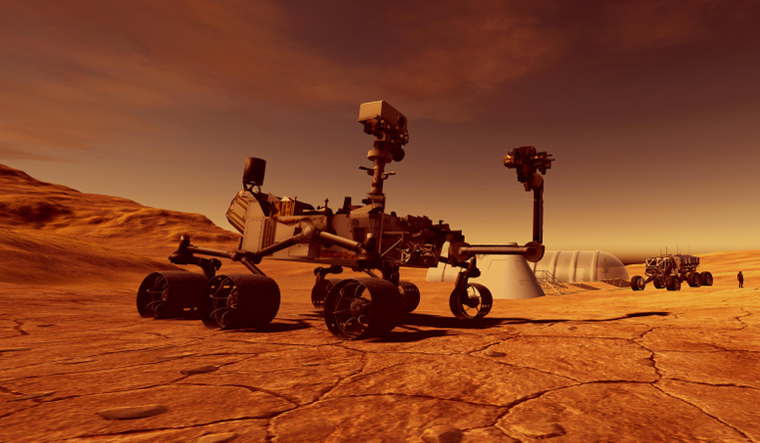 NASA’s Curiosity rover on the surface of Mars

A study that used data from the ExoMars Mission has suggested that Mars is losing water more quickly than expected and this could affect its chances of hosting alien.

The gradual disappearance of water (H2O) occurs in the upper atmosphere of the Red Planet, researchers from French National Centre for Scientific Research (CNRS) said.

Sunlight and chemistry disassociate water molecules into hydrogen and oxygen atoms that the weak gravity of Mars cannot prevent from escaping into space, they said.

The study, published in the journal Science, revealed that water vapour is accumulating in large quantities and unexpected proportions at an altitude of over 80 kilometres in the Martian atmosphere.

Measurements showed that large atmospheric pockets are even in a state of supersaturation, with the atmosphere containing 10 to 100 times more water vapour than its temperature should theoretically allow, according to the study.

With the observed supersaturation rates, the capacity of water to escape would greatly increase during certain seasons, the researchers said.

These results were were obtained thanks to the Trace Gas Orbiter probe from the ExoMars mission, financed by the European Space Agency and the Russian space agency Roscosmos.