Instead of electronic instruments, they use computer code to create music 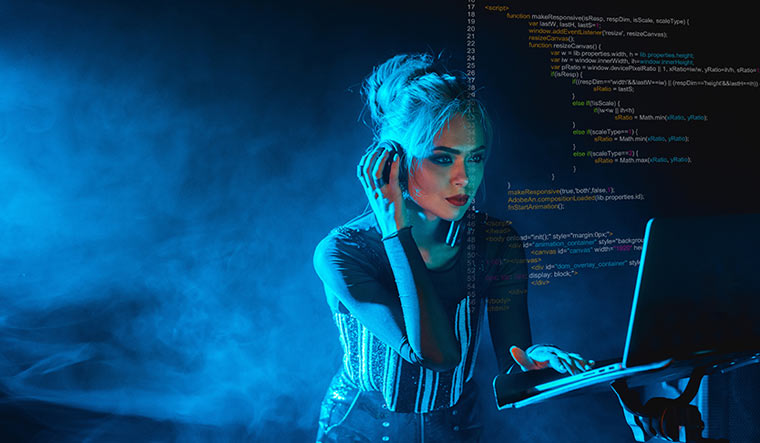 Before Generation Facebook, computer programming evoked images of a group of geeks sitting hunched in an office cubicle. Then, David Fincher’s The Social Network released and it made known the wondrous possibilities of coding. Programming became the currency to purchase a different kind of virtual happiness.

Perhaps it was inevitable that coders would turn musicians. After all, both programming and making music ultimately serve the same purpose—they let you dream in a different language. That is why algoravers are taking over the world—or rather, drawing us into theirs.

Algoravers are those who do something called live coding. Instead of electronic instruments, they use computer code to create music in real time, mostly in clubs and local music venues.

Live coding shows are coming into the mainstream with the increasing popularity of artists like Juan Romero and Patrick Borgeat. In India, those helming the movement include Abhinay Khoparzi and Dhanya Pilo. India’s first algorave—Fat Finger Mayhem—was held in Mumbai in May and was attended by over 140 people.

So, are these people coders tinkering with music or musicians tinkering with coding? The best part of this machine-melody interface is that, soon, they themselves might not know.