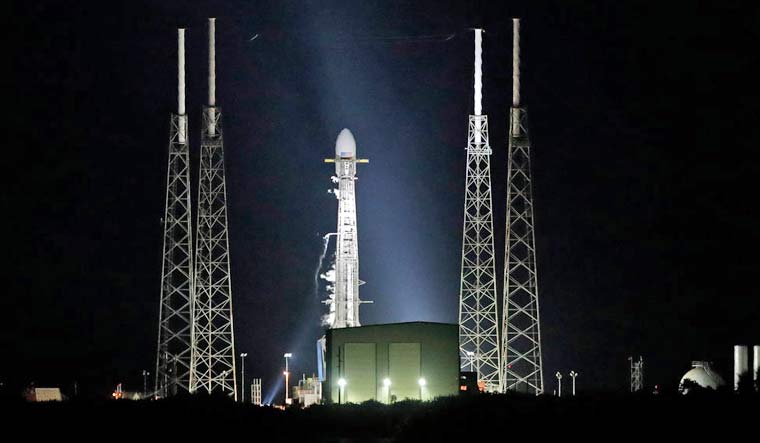 Elon Musk's company, SpaceX will wait for another week before it can test launch of 60 satellites into low-Earth orbit. The test was originally scheduled for yesterday. The reason cited for the delay is a need for software updates.

The project called SpaceX Falcon 9, a rocket launch program to take place from Cape Canaveral was to be the first of potentially thousands in its Starlink project to beam broadband internet across the planet. “Standing down to update satellite software and triple-check everything again,” said a tweet from the official SpaceX account. Musk is hoping to grab three to five per cent of the future global market, according to news reports.

The project could earn SpaceX a cool USD 30 billion a year, more than ten times what rocket launches make. Mr. Musk's eventual goal is to send people to Mars. This ia nexpensive venture, but SpaceX is still a young company with small profit margins. The company, to balance things out, and make money for the ambitious project, hopes that the Starlink satellite will provide high-speed internet access all over the world.

Each satellite, built in-house at Redmond near Seattle weighs 227 kilograms. The low weight is an added advantage in order to be able to reduce lag times, key for broadband connectivity. The disadvantage is, more satellites are required to cover the globe, and, being closer to the atmosphere, they fall back to earth faster, after a few years.

Musk's company, will therefore need to replace them regularly. This has become realistic from the price perspective only recently with the rapid decline in the cost of manufacturing satellites and the development of mini-satellites. “I think within a year and a half, maybe two years, if things go well, SpaceX will probably have more satellites in orbit than all other satellites combined,» said Musk. Today there are about 2,100 active satellites orbiting our planet,” said Musk.