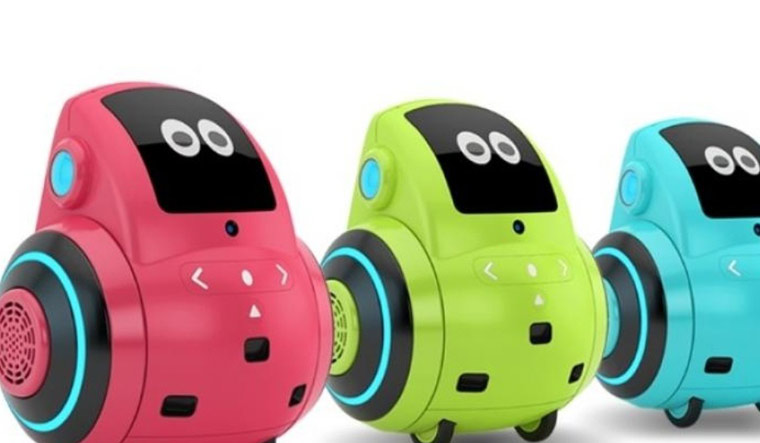 Your child's next best friend can be a machine. And their best tutor, too. Miko, India's first robotic personal companion, can be all that and more. And he's available at a store near you.

Launched recently, the artificial intelligence-powered Miko 2 is billed as being emotionally intelligent and intuitive. It comes from Emotix, a start-up founded by three IIT Bombay graduates who say the robot helps modern parents in 'playful learning' by initiating long conversations with kids and imparting knowledge based on their academic curriculum.

Powered by a proprietary emotional intelligence engine developed in-house in India by the company, the robot identifies the child's behaviour characteristics and adapts to their personality. Miko 2 also has a 'time of flight' sensor, which enables it to sense depth, preventing it from falling off edges and bumping into walls and furniture. With its HD camera equipped with face recognition, Miko 2 also helps the parents keep track of their child's activities.

“We (wanted to) solve the documented problem of parent-child relationships,” explains Sneh Vaswani, one of the co-founders of Emotix. “We were in Bangalore while looking around to zero down on our business plan when we saw a mother screaming at her child about leaving a game of Temple Run he was obsessed with,” he reminisced the genesis.

“An almost-three-hour conversation later, we figured that parents don’t want to cut out children completely from technology, but need a trusted gateway of technology for kids that caters to their learning and development needs. It was this experience that ignited the vision of a companion robot for children,” Vaswani said.

The first prototype of Miko was picked up by Infosys co-founder Nandan Nilekani's EkStep Foundation, with angel funding soon following. Following the first version of Miko, the second version was launched recently in the Indian market. Beside toy stores like Hamleys and electronics stores like Croma, Miko is available online on websites like Flipkart.

“We live in a world where parents lead a hectic lifestyle and are not able to give sufficient time to their children. Companion robots like Miko can help the child revise syllabus, be entertained via rhymes and bedtime stories and (even) get a pep talk if the kid has had a bad day,” adds Vaswani. Aimed at the age group between five and 12 years, Miko 2 costs Rs 24,999.