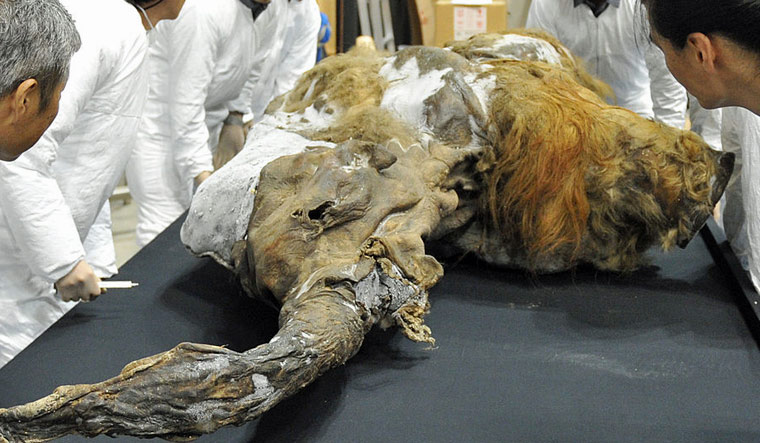 In what may seem straight out of a science fiction film, scientists have managed to awaken cells of the woolly mammoth. Cells from a woolly mammoth that died 28,000 years ago have begun to show signs of biological activity, however, according to the researchers, it is unlikely to walk the earth again. The cells were awakened when implanted on mouse cells.

The researchers who recovered cell nuclei from Yuka, a preserved mammoth that was discovered in a permafrost nine years ago, published their findings in Scientific Reports. This could mean that with further experimentation and research, there could be possibility of resurrection.

"This suggests that, despite the years that have passed, cell activity can still happen and parts of it can be recreated," said Kei Miyamoto, a member of the team. Yuka was about 3.5-meter-long female woolly mammoth. Cell division needed for resurrection was not achieved but, new approaches could help bring the creatures back to life.