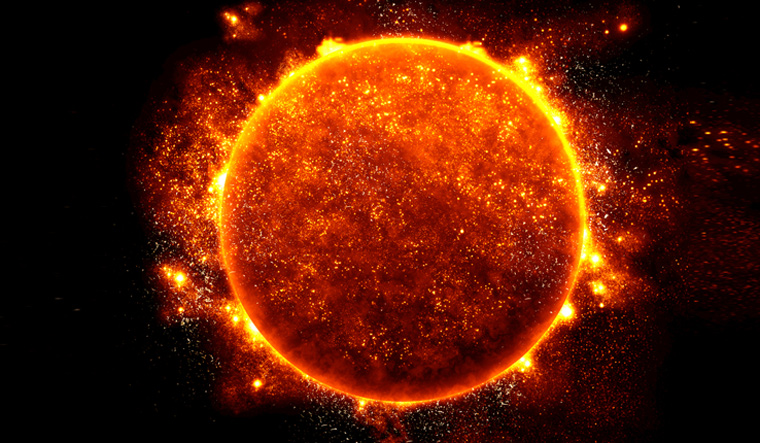 Scientists say they have discovered a stellar flare 10 billion times more powerful than the solar flares, a discovery that could unlock decades-old mysteries of the origin and evolution of the Sun and its planets.

Using the James Clerk Maxwell Telescope (JCMT) in Hawaii, the scientists study the birth of nearby stars as a means of understanding the history of the solar system.

The flare is thought to be caused by a disruption in an intense magnetic field actively funnelling material onto a young, growing star as it gains mass from its surroundings, researchers said.

The event occurred in one of the nearest star-forming regions to the Earth, the Orion Nebula, and lasted for only a few hours, they said.

"A discovery of this magnitude could have only happened in Hawaii," said Steve Mairs, astronomer and lead investigator of the team that discovered the stellar flare.

"Observing flares around the youngest stars is new territory and it is giving us key insights into the physical conditions of these systems," Mairs said in a statement.

"This is one of the ways we are working towards answering people's most enduring questions about space, time, and the universe that surrounds us," he said.

The original data was obtained using the JCMT's supercooled camera known as "SCUBA-2," which is kept at a frigid minus 273 degrees Celsius.

The stellar flare observation was made as part of a monthly tracking programme from researchers from around the world who use the JCMT to observe nearly 1,000 nearby stars in the earliest stages of their formation.