Long space travel may cause cancer in astronauts 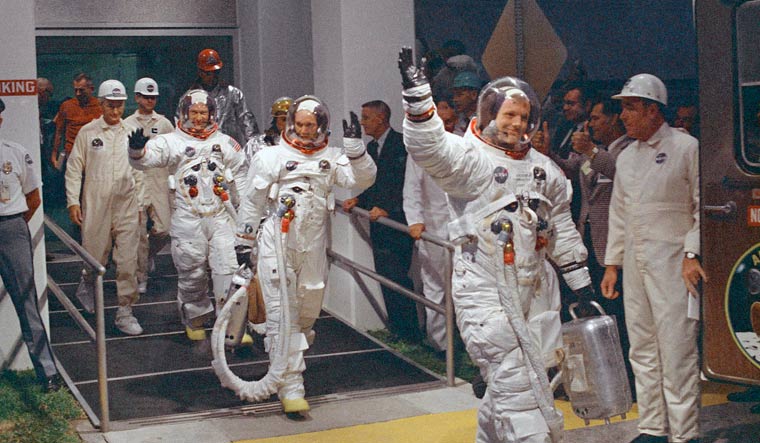 Deep space travel, such as a journey to Mars, can significantly damage the gastrointestinal (GI) tissue of astronauts, and raise the risk of stomach and colon tumours, according to scientists including one of Indian origin.

Simulations with animal models that mirror galactic cosmic radiation exposure to astronauts are raising red flags for the researchers at Georgetown University in the US about the health of astronauts.

Their previous work has highlighted potential impairment to brain tissue as well as accelerated aging on long space trips due to the effect of energetic heavy ions, which do not affect Earthlings due to the protective global magnetosphere.

"Heavy ions such as iron and silicon are damaging because of their greater mass compared to no-mass photons such as X-rays and gamma-rays prevalent on earth as well as low mass protons in outer space," said Kamal Datta, an associate professor at the NASA Specialised Center of Research (NSCOR).

"With the current shielding technology, it is difficult to protect astronauts from the adverse effects of heavy ion radiation," said Datta.

"Although there may be a way to use medicines to counter these effects, no such agent has been developed yet," he said.

"While short trips, like the times astronauts travelled to the Moon, may not expose them to this level of damage, the real concern is lasting injury from a long trip such as a Mars or other deep space missions which would be much longer," he said.

The GI tract is a self-renewing tissue with continuous cell division or proliferation, researchers said.

The top layer of cells is replaced every three to five days through coordinated migration of new cells from the bottom of a flask shaped structure called crypt towards the lumen of the gut.

To investigate the effect of heavy ions on the GI tract, the scientists used mouse small intestine as a model system. The mice were exposed to a low dose of iron radiation at the NASA Space Radiation Laboratory (NSRL).

Researchers compared the group of mice that received heavy ions to mice exposed to gamma rays, which are comparable to X-rays, and to a third, unexposed control group.

The scientists found that intestinal cells in the heavy ion group did not adequately absorb nutrients and that they formed cancerous polyps.

Additionally, there was evidence that iron radiation induced DNA damage that increased the number of senescent cells. Senescent cells are incapable of normal cell division but they are not "quiet," said Datta.