The north and northeast region are the worst hit, with a 23 per cent deficiency 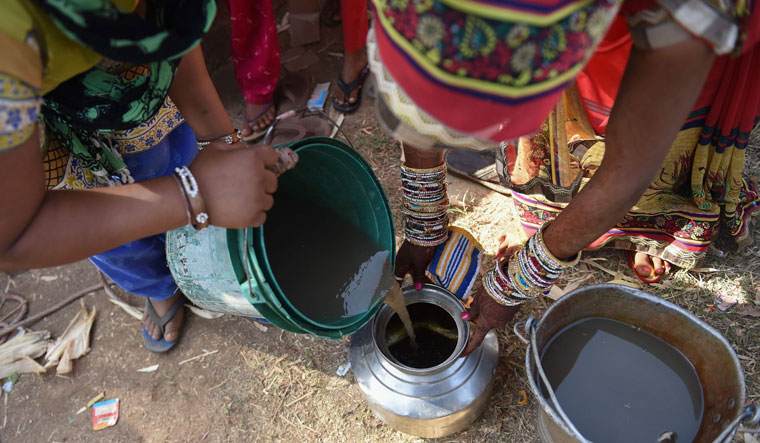 Despite the flood fury across several parts of the country in recent weeks, most parts of the country are facing a deficit in rains this year. The north and northeast region are the worst hit, with a 23 per cent deficiency as of September 12. In fact, apart from the south peninsula region, which received two per cent of the Long Period Average (LPA), all other regions have received less than normal rainfall. The cumulative deficiency across the country stands at eight per cent.

However, a below normal year is announced only when the rainfall is less than ten per cent of the LPA. Therefore, as a whole, the year might be declared a normal monsoon year. This will be a huge relief to the government. The country goes to polls next year, and national mood is very much linked with monsoon performance. And every incumbent will hope to declare a normal monsoon year.

The north east region, however, has received one fourth less than its normal rain quota, which is a worrisome prospect. The region is among the wettest in the country, but might be facing a drought this year. The agriculture here is rain fed, and since there is only one major crop a year, this could mean serious economic repercussions.

During the last week ending September 12, the entire country received 25 per cent less than normal rain for the period. The prediction for the coming fortnight is also bleak. There is a known pressure build up in the Bay of Bengal that could cause widespread rainfall with heavy isolated spells in the north east, West Bengal and Orissa this week, according to the Indian Meteorological Department (IMD). Even then, the overall rainfall activity is likely to be below normal for most parts of the country outside the peninsula and in north east. In the week following (September 20 to 26), the east and peninsular India will have below normal rain, while the rest of the country will have near normal rain.

Meanwhile, the ministry of water resources has said that the overall water storage in the 91 major reservoirs across the country is 11 per cent more than the average of the last ten years. But there are wide regional discrepancies. The northern region and western regions have less water stored than during last year as well as the ten year average. The sourthern, central and eastern regions have good water storage, better than the ten year average. The states where the storage is less than average are Punjab, Himachal Pradesh, Rajasthan, Maharashtra, West Bengal, Tripura and Gujarat.

The water of these reservoirs is used for agriculture and human consumption. 37 of the reservoirs have the facility for generating hydropower, with an installed capacity of more than 60 mega watts.