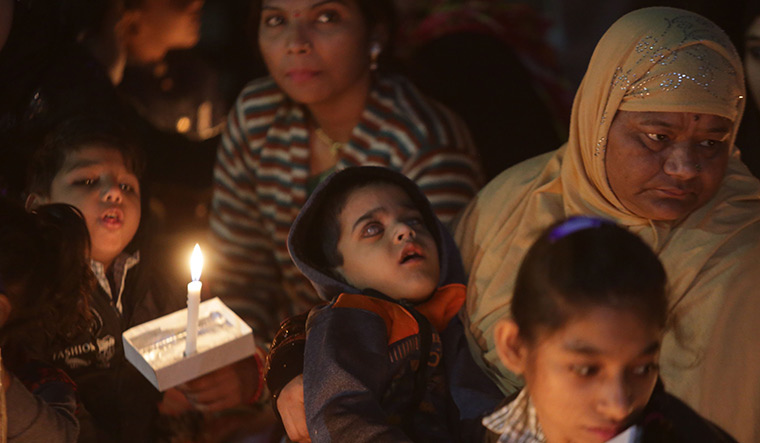 Five organizations of survivors of the Union Carbide disaster in Bhopal on Thursday issued a statement expressing gratitude to the members of the United Kingdom Parliament, who have signed on to an Early Day Motion (EDM), tabled in the Parliament on November 28, supporting the cause of the survivors.

The gesture of the British parliamentarians comes ahead of the 38th anniversary of the Bhopal gas tragedy. On the intervening night of December 2 and 3, 1984, poisonous Methyl isocyanate gas leaked from the Union Carbide fertilizer factory in Bhopal, killing hundreds and causing permanent health damage to thousands of people.

The motion in support of Bhopal survivors was moved by Navendu Mishra, a Labour MP of Indian origin.

According to the UK parliament website, “Early day motions (EDMs) are motions submitted for debate in the House of Commons for which no day has been fixed. As there is no specific time allocated to EDMs, very few are debated. However, many attract a great deal of public interest and media coverage.”

In all, 40 members of the parliament including representatives from five political parties and three independent MPs have signed on to an EDM that calls for those responsible for the disaster to be brought to justice, calls upon Dow Chemicals, owner of Union Carbide, “to urgently rectify the environmental damage and properly compensate the victims” and commends the work of Bhopal-based journalist late Rajkumar Keswani, the statement by survivors said.

“It is significant that the recent leadership of the Opposition namely Jeremy Corbyn, an independent and Andy Macdonald of the Labour party have supported the EDM,” said Rashida Bee, President of the Bhopal Gas Peedit Mahila Stationery Karmchari Sangh. She expressed hope that more MPs will sign on to the Motion and the lingering issues of Bhopal will receive the attention of the UK parliament in the near future.

Rachna Dhingra of the Bhopal Group for Information and Action said, “Earlier Navendu (Mishra) ji secured a debate in the UK Parliament over issues of justice, remediation of contaminated lands and adequate compensation for the victims. His efforts resulted in the UK Minister of state in the Foreign, Commonwealth and Development Office Anne-Marie Trevelyan, to commit to raise issues of Bhopal with Indian counterparts during ongoing discussions on trade and cooperation.”

“We hope the active support of the UK parliamentarians will inspire parliamentarians worldwide to come to the aid of the Bhopal survivors, who are currently fighting for adequate compensation, for cleaning up of poisons from soil and groundwater, punishment of the guilty corporations and medical and social rehabilitation,” said Balkrishna Namdeo, President of the Bhopal Gas Peedit Nirashrit Pensionbhogee Sangharsh Morcha.