'PM had similarly praised Azad in Parliament. We saw what happened after that' 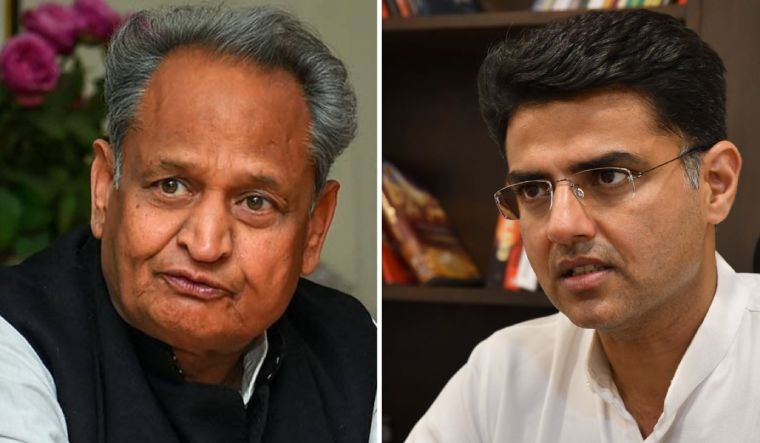 Rajasthan Congress leader Sachin Pilot, on Wednesday, took a dig at Chief Minister Ashok Gehlot over a recent statement by Prime Minister Narendra Modi in which he praised the Rajasthan CM.

Modi, who visited Mangarh Dham in the state on Tuesday and shared the dais with Gehlot, had recalled that when he was the chief minister of Gujarat he and Gehlot had worked together as CMs. "He was the most senior in our lot of chief ministers. He is still one of the senior-most chief ministers among those who are sitting on the stage right now," the PM had said.

Drawing parallels between Modi's recent praise of Gehlot and the PM lauding former Congress leader Gulam Nabi Azad in Parliament before Azad's exit from the party, Pilot said the remarks should not be taken lightly.

"I find the heaps of praises by PM Modi (on CM Gehlot) very interesting. PM had similarly praised GN Azad in Parliament. We saw what happened after that," Pilot said.

He called Modi's praise of Gehlot "an interesting development."

Meanwhile, speaking about the political crisis that happened in the state in September, Pilot urged the party to initiate action against those who were given notices by the AICC for indiscipline.