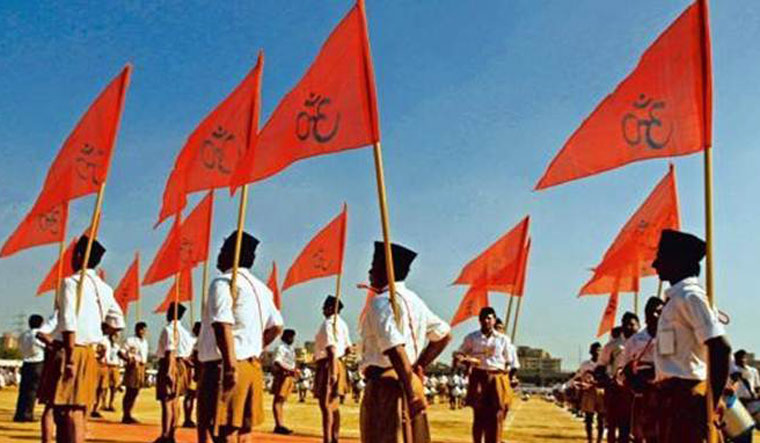 After the Union government imposed a ban on the Popular Front of India and many of its associates for five years for their alleged involvement in several incidents of violence and terrorism and for having "links" with global terror outfits, several opposition leaders called for a similar ban on the RSS.

The ban comes in the wake of the nationwide crackdown on PFI activists and the arrest of 150 of its activists.

Senior Congress leader from Kerala, Ramesh Chennithala, while welcoming the ban on PFI and its affiliate forums, demanded that RSS should be banned as well. "The RSS should also be banned like this. In Kerala, both majority communalism and minority communalism should be equally opposed. Both the outfits have flared up communal hatred and thus tried to create division in the society," he said.

Opposition leader in Karnataka assembly Siddaramaiah claimed that the RSS is involved in anti-social activities and sought a ban on Sangh. "The RSS creates unrest in society. All organisations involved in hate politics must be banned...Why did they not ban PFI all these days? The ban has been imposed after we demanded it," the former Karnataka CM was quoted as saying.

CPI(M) general secretary Sitaram Yechury said banning forums like PFI is not a solution, and added that a better step would be to politically isolate them. Ponting out that the RSS was banned after the murder of M.K. Gandhi, and two more times later, he sought to know if such bans resulted in anything constructive.

"A ban is not a solution to tackle this problem. We have seen what our own experience and India's experience has been. RSS was banned thrice after Mahatma Gandhi's assassination. Has anything stopped? The polarisation campaigns of hate and terror, anti-minoritism, genocide of minorities, all these continue," he said.

He said the growth of extremism based on religious polarisation has to end along with the "patronage" that nurtures it.

"That is why we are calling upon all organisations to desist from sharpening communal polarisation and spreading hate and hate campaigns and we are committed to politically isolating such forces."

Yechury said the CPI(M) in Kerala is not against the ban on PFI, but is of the opinion that, if PFI was being banned, so should RSS.

"Same logic should apply to everybody," he said.

Responding to journalists on a question on the ban, Lalu said "They keep raising the bogey of PFI. It is the RSS, which is all about Hindu extremism which deserves to be banned first."

A hashtag, #BanRSS began trending on Twitter, with some users calling it a "dangerous organisation."