Covid-19 vaccine booster shot in need of a boost itself 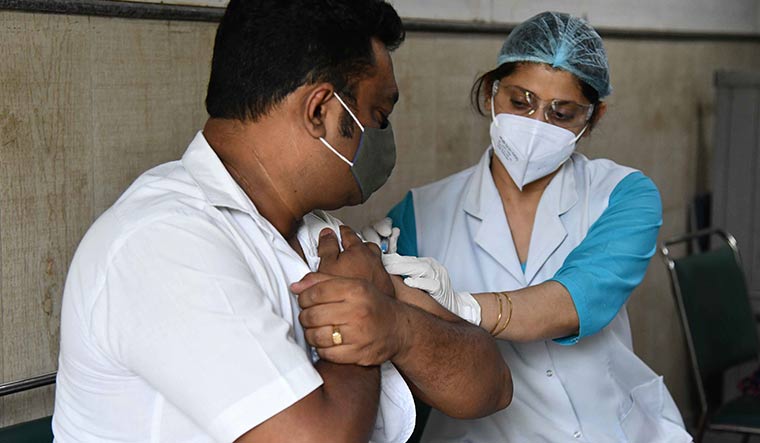 In sharp contrast to the speed at which Indians took the first two doses of the Covid-19 vaccine, the response to the booster, or protection dose, has been poor. So far, only 20 per cent of the eligible population has got the shot. In several states, the coverage is abysmally low. In Meghalaya, only 8 per cent have received the third shot, in Odisha and Jharkhand 9 per cent, 10 per cent in Punjab, and 11 per cent in Haryana and Chandigarh.

The national capital has fared better with a 21 per cent coverage. The best performer is Andaman and Nicobar Islands at 78 per cent, followed by Ladakh at 59 per cent.

The booster shots started for priority populations in January this year, and were expanded for the entire 18-plus age group by April. As of today, the eligible population (those who have completed six months from the time they received the second dose) for the precautionary shot is 76.5 crore. Of these, only 15.6 crore have got the third shot, according to figures compiled by the Union health ministry. The government even launched a special drive, called Covid vaccine Amrit Mahotsav, a 75-day free booster dose administering drive, to speed up vaccinations. The drive has completed 46 days. It targets people at bus stops, pilgrimage points and other public accessible spaces.

Over 98 per cent adults have received the first dose and over 90 per cent are duly vaccinated.

India's vaccination programme began in January 2021. It started slow, because of vaccine hesitation. Then, when the second wave hit, the demand rose much beyond supply and India had to halt exports to meet domestic demands. Once the supply side got stabilised, with more vaccines also entering the fray, India made remarkable milestones in its vaccination campaign. The government used innovative methods, like drone deliveries, for reaching inaccessible places. Till date, India has administered 212.37 crore doses.

On Tuesday, a World Bank report lauded India's vaccination programme, as also its response to the pandemic. The World Bank and Asian Infrastructure Investment Bank jointly funded the Covid-19 emergency response and health systems strengthening project worth Rs 11,983 crore. The World Bank documented the challenges, innovations and lessons in the procurement of essential medical commodities during the pandemic.

The report commended India for centralising procurement for the emergency response, and for its creation of an empowered inter-ministerial group to speed procurements. It said India did right in setting early export restrictions and in encouraging the private sector for domestic manufacturing and creating laboratory facilities. Noting India's innovative response, the report commends the country's “whole of government'' approach. It commends the system of estimating requirements based on epidemiological trends and maintaining an effective supply chain management.

It lists India's transformation from import dependency to export surplus for many Covid commodities and in rapidly scaling testing laboratories from 18 to over 2,500 within four months. Among India's other achievements are the reduction in the price of N-95 masks from Rs 250 apiece to Rs 20. Basic ICU ventilators were developed costing less than Rs 2 lakh a set, while they were earlier imported at a price of Rs 10 lakh a set, the report notes.