Caste-based census gets Bihar cabinet's nod, to be completed by Feb 2023

Rs 500 crore has been alloted for the exercise 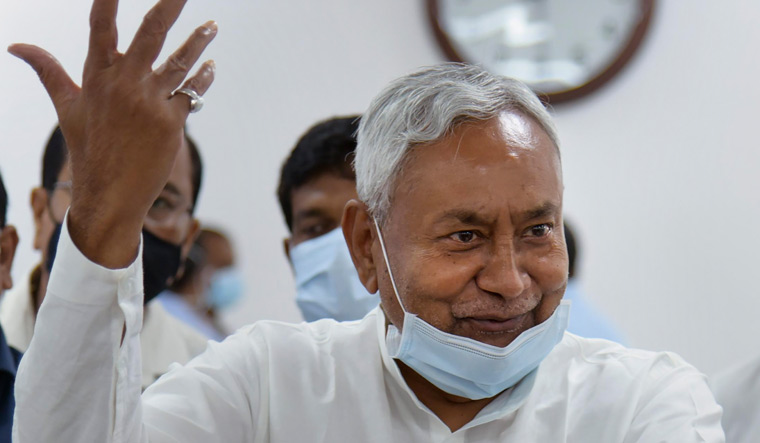 The Bihar cabinet on Thursday gave its nod to caste-based census in the state and informed that the exercise would be completed by February 2023. Chief Secretary Amir Subhani said a budgetary allocation of Rs 500 crore has been made for the exercise.

"The survey shall be completed by February 23 next year. Work will start no sooner than the notification is issued by the general administration department," he said.

Chief Minister Nitish Kumar had taken up the headcount of castes in the state following the Centre's reluctance to undertake the exercise nationally.

The cabinet decision came a day after Nitish chaired an all-party meeting in Patna on Wednesday and agreed to conduct a state-specific survey.

After the meeting, Kumar had said that the exercise would be given the name jaati adharit ganana' (caste-based headcount), but clarified that it will be a survey much larger in scope as it will take into account people belonging to all religions and their socio-economic conditions.

Kumar underscored that there was unanimity among members of all parties on the issue, as had been evident earlier when unanimous resolutions favouring a caste census were passed by the state legislature in 2019 and 2020.

The caste census has become an emotive issue in Bihar where politics has been dominated by OBCs, whose last headcount was conducted during the British raj.

Kumar, who owes his own rise in no small measure to the Mandal uprising, had headed the all-party delegation that met the PM last year and, after the Centre expressed its inability to extend the census beyond Dalits and tribals.

He stressed that it was wrong to believe that the BJP, his ally in the state as well as the Centre, was opposed to a caste census, a charge repeatedly made by opposition parties like the RJD.

The chief minister, who belongs to the JD(U), said the findings of the survey will be shared with political parties and the public from time to time, making use of all communication forums, including social media.