Why does Congress hate Hindus, what enmity do they have against Lord Ram, asks Hardik Patel 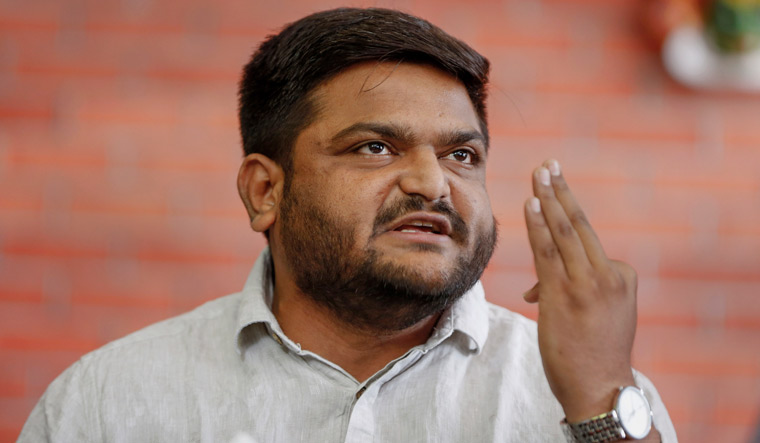 Days after Hardik Patel quit the Congress, he launched a scathing attack on his former party, accusing it of hurting the sentiments of Hindus.

In a series of tweets in Hindi, Patel sought to know why the Congress hate Hindus so much.

"I want to ask Congress and its leaders that what enmity do you have with Lord Shri Ram? Why (do they) hate Hindus so much? After centuries, a temple of Lord Shri Ram is being built in Ayodhya, yet the leaders of Congress keep making statements against Lord Shri Ram," his tweet read.

He said he had been saying earlier as well that Congress party works to hurt sentiments of people and damage Hindu faith.

“Today former Union minister and Gujarat Congress leader made a statement that dogs urinate on the bricks of Ram temple,” he wrote, referring to Gujarat Congress leader Bharatsinh Solanki who had recently said, "Women are so naive they would apply tilak on the bricks, worship them before they were sent to Ayodhya to be used in the construction of the Ram temple. What has happened to these bricks? Dogs used to pee on them."

Patel resigned from the Congress recently, months ahead of the assembly polls in Gujarat, claiming that top leaders of the party were distracted by their mobile phones and that Gujarat Congress leaders were more interested in arranging chicken sandwiches for them. He was made the working president of the Congress in July 2020, a year after he was inducted into the Congress in the presence of Rahul Gandhi.

After his resignation from the party, hailed the BJP for its efforts in the Ayodhya case and also lauded it for abrogating Article 370, while also accusing the leaders of the "visionless" Congress of being biased against the Gujarati people.