Proposal is to rename Konaseema as B.R. Ambedkar Konaseema district 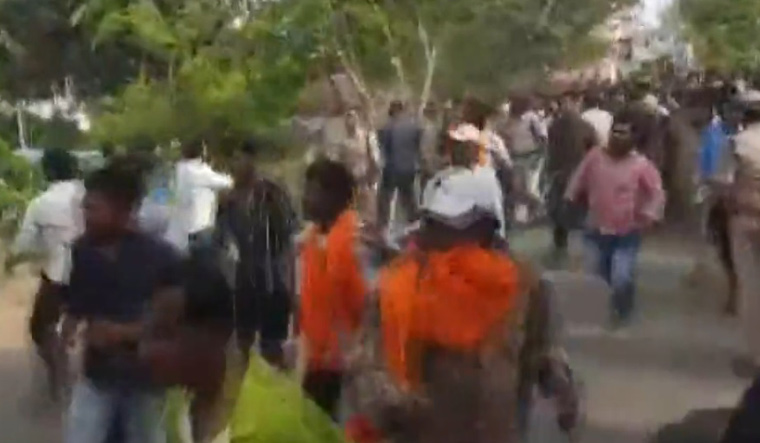 Protests in Amalapuram town in Andhra Pradesh against proposed renaming of the newly-created Konaseema district as B.R. Ambedkar Konaseema district intensified, with the agitators setting fire to the house of Transport Minister Pinipe Viswarup.

According to media reports, the minister and his family were moved to a safe place by the police.

On April 4, the new Konaseema district was carved out of the erstwhile East Godavari.

Last week, the state government issued a preliminary notification seeking to rename Konaseema as B.R. Ambedkar Konaseema district and invited objections, if any, from the people.

The Konaseema Sadhana Samiti objected to the proposed renaming of the district and wanted to retain the name Konaseema. The Samiti organised a protest on Tuesday and sought to submit a memorandum to the district Collector Himanshu Shukla against the renaming.

Police tried to foil the protest, which apparently infuriated the protestors and eventually all hell broke loose in the otherwise quiet town.

Earlier in the day, the minister's office was attacked and furniture damaged.

Police were forced to resort to lathi-charge afetr arson broke out in Amalapuram town. Several policemen sustained injuries as irate protestors pelted stones following the lathi-charge. A police vehicle and an educational institution's bus were torched in the town.

"It is unfortunate that over 20 police personnel sustained injuries in the incident. We will conduct a thorough investigation into the incident and bring the culprits to book," Vanitha said.