Says people are looking at BJP with great confidence, lot of hope 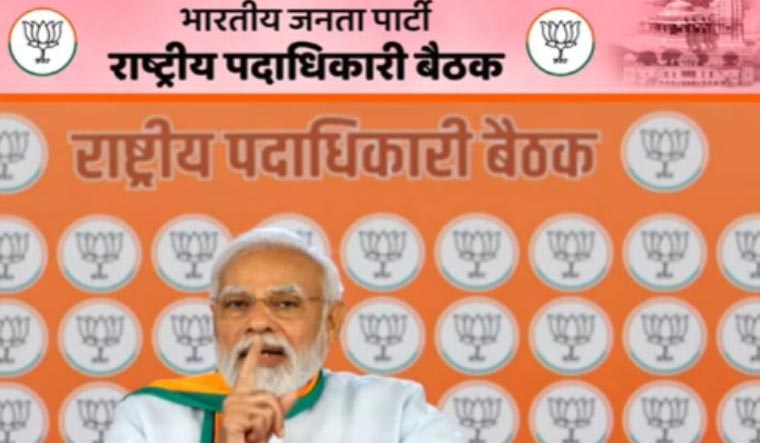 Prime Minister Narendra Modi on Friday said people in the country were looking at the BJP with great confidence and with a lot of hope.

Modi was addressing via videoconference a meeting of national office-bearers of the BJP that was being organised in Jaipur.

Modi said “The world is looking at India with great expectations today. Similarly, in India, the people have a special affection for the BJP.”

Modi pointed out that the hopes and aspirations of people “greatly increases” the responsibility of the BJP. He called on the party to “fix the goals for the next 25 years, to work continuously for them”, as independent India prepares to mark its centenary in 2047.

Emphasising the achievements of his government, Modi pointed out that prior to 2014 (when he took office), people neither expected from the government nor was the government accountable to them. “After 2014, BJP has brought the country out of this thinking,” Modi declared.

He added, “We [BJP] don't have to rest. Even today, we are impatient, restless, eager because our basic goal is to take India to that height which was dreamed of by those who died for the country's independence.”

Modi saluted the growth of the party from its origins in the Jana Sangh era. “From Jana Sangh to our journey that started and flourished as BJP, I feel proud to see this form of the party, its expansion.” Modi paid tribute to the founding leaders of the party and their contributions to it.