While Christians clamour for a RS seat from Karnataka, Congress wants Priyanka to contest polls

Christians feel they are being sidelined by Congress 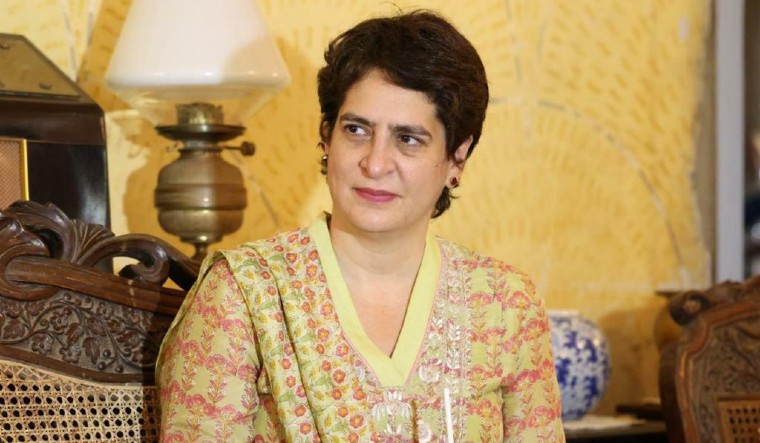 Will Priyanka Gandhi Vadra accept the Karnataka Congress’s invitation to contest the June 10 Rajya Sabha polls from the state? While it is not the first time that a state unit of the Congress invited Priyanka to represent their state in the Rajya Sabha, the request coming from Karnataka Congress is driven by its political compulsion to put up a united front in a crucial election year.

Both KPCC chief D.K. Shivakumar and CLP leader Siddaramaiah have reportedly urged Priyanka to consider the possibility as they believe her charisma and leadership will help galvanise the unit in an election year.

According to sources, the two leaders cited instances of Indira Gandhi and Sonia Gandhi contesting from Chikkamagalur (1978) and Ballari (1999) hugely benefitting the party in the elections.

It is no secret that the state unit of the party is battling factionalism, and the entry of a Gandhi family member would help it work together and may end the political one-upmanship in the party.

The biennial elections to four Rajya Sabha seats from Karnataka were necessitated due to the tenures of three sitting members—Union Finance Minister Nirmala Sitharaman, K.C. Ramamurthy (BJP) and Jairam Ramesh (Congress)—coming to an end on June 30, and the demise of Oscar Fernandes (Congress) in September.

While, the BJP, with its 122 MLAs (including one Independent) can easily win two seats and will be left with 28 surplus votes, the Congress, which held two of the four seats, can now nominate only one candidate as its strength in the state assembly stands at 69 (plus an Independent). A candidate would require 46 MLA votes to secure a seat in the upper house of the Parliament, which follows the single transferable vote with proportional representation system of election.

The JD(S) with 32 MLAs holds the key to electing the fourth candidate. The regional party is still to decide whether to field its own candidate or extend support to a candidate from either of the two national parties.

Besides renominating Sitharaman, the BJP recommended several names, including that of sitting Rajya Sabha member Ramamurthy, BJP state vice president Nirmal Kumar Surana, MLC Lehar Singh and entrepreneur Prakash Shetty. Sources in the Congress say the party leadership is favouring renomination of three-time Rajya Sabha member Jairam Ramesh (68), an economist-turned-politician who has served as the Union minister of rural development (2001-2014), minister of state (independent charge) environment and forests (2009-2011), minister of state of power and commerce (2008-2009) and minister of state of commerce (2006-2009). While, there are several aspirants for the lone seat, there has been a demand from the Christian community to give them adequate representation both in the state assembly and the Parliament.

Even as Ramesh’s nomination from the Congress now seems imminent, discontent is brewing within the Christian community which was hoping that the party would nominate a Christian candidate to fill the vacancy created due to the demise of Fernandes. The community leaders are said to have submitted their plea to the party leadership.

At a time when the Christian community is feeling insecure with churches under scrutiny and the passage of the anti-conversion bill, the Congress turning a blind eye to a shrinking Christian representation in both Parliament and the state legislature has disappointed the community, say party insiders.

In 2019, retired IPS officer and vice president of KPCC H.T. Sangliana had resigned from his post alleging the party was sidelining the Christian community.

A growing sentiment is that minority representation invariably means nominating a Muslim candidate. Whether it is the assembly elections or the council nomination, it is always the Muslim candidate who gets picked, and the Christian community is expected to back them. What has irked the Christian community leaders more is the fact that at least in two instances in recent times, the Muslim leaders have given up their MLC seats benefiting the ruling BJP. Rizwan Arshad gave up his MLC seat after winning the assembly elections from Shivajinagar while former minister C.M. Ibrahim quit the party and the seat to join the JD(S). Rizwan’s seat fell into BJP’s lap and Laxman Savadi was elected to the upper house.

“The community has always backed the Congress party, but the party is giving out tickets to Lingayat, Vokkaliga and SC (left) candidates. Now how many Lingayat vote for the Congress? The party is re-nominating a three-time Rajya Sabha member Jairam Ramesh though the Brahmin community has not been voting for the Congress. We need a leader who can raise the issues concerning the Christian community in the assembly and the Parliament,” asserted a community leader.

Call for a fresh face

For many in the party, Jairam Ramesh, who represents Karnataka is perceived as aloof and indifferent to the developments in the state, unlike his BJP counterparts.

“In an election year, it is prudent to elect someone who is active in the state, and pick someone who has worked for the organisation in the state. But the tendency is to go back to nominating people who have had their share of power and representation,” said a party leader.