Activists seek permission to conduct worship in the mosque 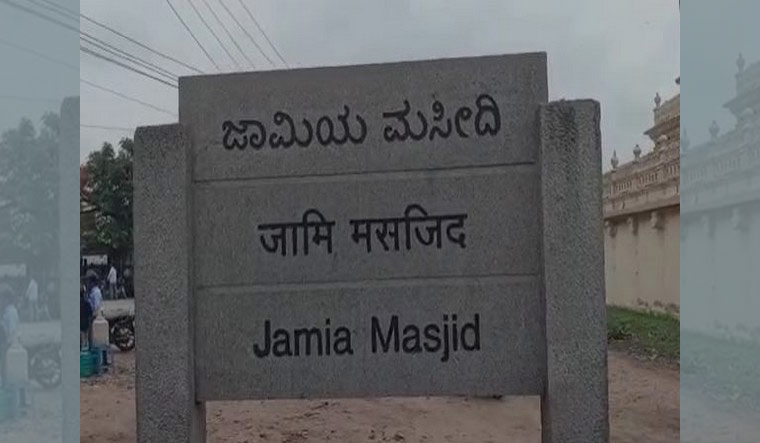 Amid the Gyanvapi mosque complex issue in Uttar Pradesh, a group of right-wing activists in Karnataka on Monday claimed that the Jamia Masjid in Mandya was originally an Anjaneya temple. The activists filed a memorandum with the Deputy Commissioner seeking permission to worship the Anjaneya idol in the mosque.

The activists claimed that the mosque was built on the temple and said there is historical proof to show that a temple existed at the site, reported ANI.

The activists also sought permission to take bath in a pond situated on the premises of the mosque. They also demanded the archaeological department to conduct an investigation into the matter.

Meanwhile, a local court in Varanasi directed the district administration to seal the spot in the Gyanvapi Masjid complex where a Shivling was reportedly found during a court-mandated videography survey.

The mosque is located close to the iconic Kashi Vishwanath temple and the local court is hearing a plea by a group of women seeking permission for daily prayers before the idols on its outer walls.