Congress adopts 'one family one ticket' formula, but with a rider

Party announces a slew of internal reforms at Chintan Shivir 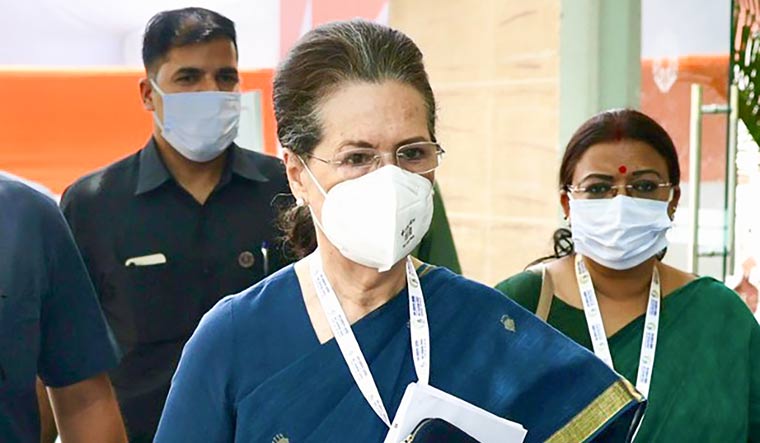 The Congress' Chintan Shivir in Udaipur ended with the party resolving to bring in numerous changes in the organisational structure and its functioning, including having in place a 'one family, one ticket', albeit with an exception, implementation of the 'one person, one post' norm, reserving posts for those under 50 and a fixed five-year term for office-bearers.

However, a suggestion to revive the parliamentary board of the party could not find place in the Udaipur Declaration which was announced at the end of the party's three-day brainstorming session. This had been one of the major demands of the so-called G23 group of leaders of the party.

In the declaration adopted at the end of the Nav Sankalp Shivir, the party announced a 'one family, one ticket' rule with the exception that a second member of the family wishing to contest elections should have worked for the party for at least five years. The exception lays to rest speculation on the impact of the norm on the Gandhi family or whether they would especially be exempted from it.

The declaration also called for implementation of the already existing principle in the party mandating that one person should occupy one post only. This is expected to affect a number of office-bearers in the party who hold dual charge.

It was also agreed that at the organisational level, 50 per cent of the posts should go to persons who are below 50 years of age. The 'youth group', one of the six groups constituted by Congress president Sonia Gandhi to shortlist measures to be adopted in the Udaipur Declaration, also concluded that a limit of retirement age should be fixed in Parliament, Legislatures, Legislative Council and all elected posts. It was also resolved that in future party governments, of all posts, 50 per cent should be occupied by those under 50. The declarattion stated that the more experienced people should work in the organisation.

It was stated that in the interest of the organisation, no person should hold a post for more than five years so that newcomers can get a chance.

The declaration called for equitable representation in the organisation from block to national level to Dalits, tribals, backward castes, minorities and women.

Even though the 'G-23' group of leaders have been demanding that the party's parliamentary board be revived to allow for a broader framework for decision-making, and the suggestion came up at the Chintan Shivir too, the Congress Working Committee did not approve it.

Instead, the Congress president has decided to set up an advisory group drawn from the Congress Working Committee, the party's highest decision-making body, that would meet regularly under her chairpersonship to discuss and deliberate upon political issues and challenges before the party. “Of course, we do have the CWC that meets from time to time and that will continue. The new group is not, however, a collective decision-making body but will help me get the benefit of the vast experience of senior colleagues,” she said in her closing remarks at the Udaipur meet.

Sonia also announced that a compact task force will be set up to drive the process of internal reforms which will focus on the Lok Sabha elections in 2024 and will cover all aspects of the organisation, including structure, rules for appointments to party posts, communications and publicity, outreach, finances and election management. The composition of the task force will be notified in the next two to three days.

The party decided to set up three new departments – public insight, election management and national training. Also, the scope and structure of the communications department will be expanded by connecting to the departments of Media, Social Media, Data, Research, Ideas etc.