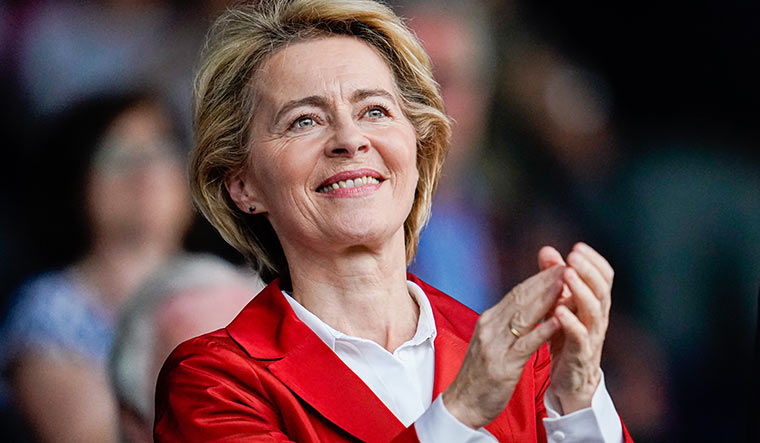 Russia's war against Ukraine as well as cooperation in the Indo-Pacific will feature in the discussions European Commission President Ursula von der Leyen will have with Prime Minister Narendra Modi on her visit to India today.

Announcing her visit from April 24 to 25, it said the fight against climate change and biodiversity loss, the energy and digital transition, connectivity, security and defence and cooperation in the Indo-Pacific will be at the centre of her conversations in Delhi.

It said the EU-India broad economic agenda, with a focus on the free trade agreement, investment protection agreement and geographical indications pact will also be on the agenda. "Russia's war against Ukraine will also feature in discussions," the EU said in a statement.

It will be von der Leyen's first visit to India as the president of the European Commission. The Ministry of External Affairs (MEA) said von der Leyen is scheduled to hold talks with Prime Minister Narendra Modi and will meet President Ram Nath Kovind among other leaders. The president of the European Commission has been invited as the chief guest for this year's Raisina Dialogue.

"India and the European Union share a vibrant strategic partnership which has been witnessing strong growth with wider and deeper co-operation in political and strategic, trade and commerce, climate and sustainability, digital and technology aspects as well as people-to-people ties," the MEA said.

The India-EU leaders' meeting in May last year set new milestones with the decision to resume trade talks and the launch of the India-EU connectivity partnership. "The forthcoming visit of the President of the European Commission will be an opportunity to review progress and further intensify the multifaceted partnership with EU," the MEA said in a statement. She will travel to India after the visit of British Prime Minister Boris Johnson.

The EU is one of the largest investors in India accounting for 16 per cent of total investments received between 2015-20 (Euro 83 billion in 2000-2021). The EU said there are 4,500 European companies operating in India, contributing to the creation of over 1.5 million direct and 5 million indirect jobs in the country.