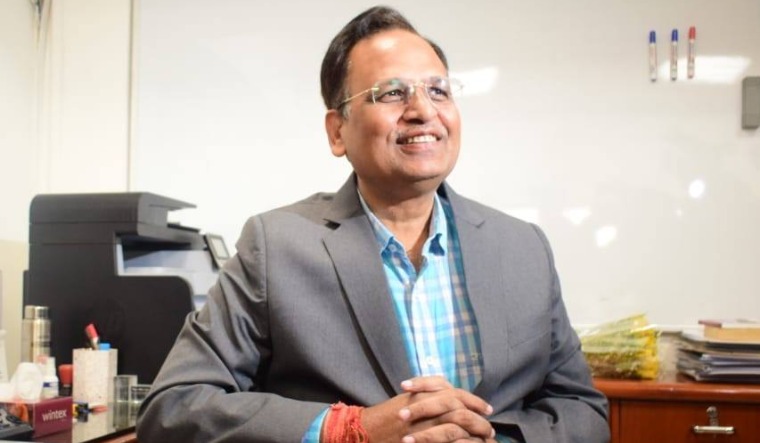 Kejriwal alleged the Narendra Modi government would arrest Delhi Health Minister Satyendar Jain before the Punjab polls. Voting for the Punjab Assembly election will be held on February 20.

Kejriwal was quoted by ANI as saying, “Our sources have apprised us that in the coming days ED [Enforcement Directorate] will arrest Satyendar Jain. Raids by the Centre have been done twice against him but in vain. They are welcome this time too.”

Kejriwal claimed “With elections nearing, Central agencies are also becoming active. BJP can send all agencies. Not only, Satyendar Jain, but they can also send them to me, Manish Sisodia, Bhagwant Mann. We will welcome them with a smile.”

Kejriwal declared, “Along with ED, send CBI, Income Tax to everyone, we are not afraid of anyone!”

Sisodia is the deputy chief minister of Delhi and Mann was recently named the AAP's chief ministerial candidate for the Punjab elections.

Interestingly, Kejriwal took a jibe at Punjab Chief Minister Charanjit Singh Channi. Channi had alleged that the Enforcement Directorate had conducted raids on his nephew last week with a political motive before the polls. Kejriwal had then accused Channi of being involved in illegal sand mining. Kejriwal said on Sunday, “We will not cry like Channi Ji (on ED raids). He is frustrated because he had done wrong... We've not done anything wrong so we are not afraid.”

The CBI had raided Jain's house in May 2018 and charged him in a corruption case related to the Delhi public works department.