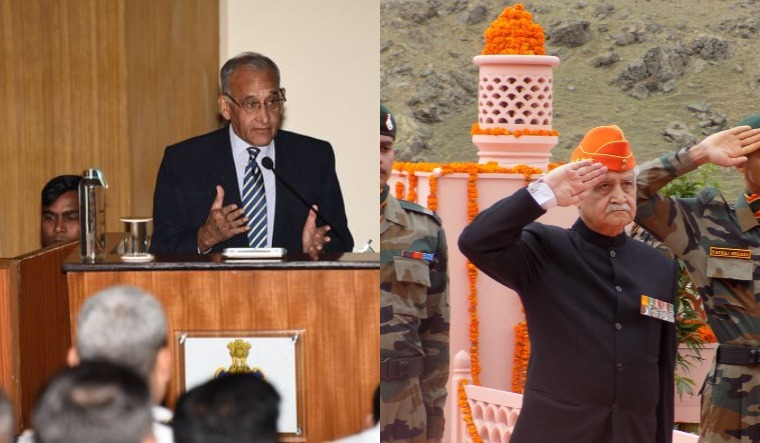 A three-day congregation of leaders of various rightwing Hindu groups in Haridwar has triggered controversy as some participants made inflammatory statements.

The Dharma Sansad (religious parliament) was held from December 17 to 19. Video clips of the event purportedly showed some speakers calling for Hindus to arm themselves against Muslims.

The statements provoked a furore on social media.

Retired admiral Arun Prakash, who was chief of the Indian Navy from 2004 to 2006, on Thursday warned of the risks from such events at a time of external security threats.

Prakash tweeted, “WHY IS THIS NOT BEING STOPPED? With our Jawans facing enemies on 2 fronts, do we want a communal blood-bath, domestic turmoil and international disgrace? Is it difficult to understand that anything which damages national cohesion & unity endangers India’s national security?”

The CPI(M) questioned the BJP government in Uttarakhand for allowing the event to go ahead. The CPI(M) tweeted, “Weeks ago PM talked about democracy- constitution while the rightwing groups continue to spread hatred and are openly giving call for genocide. Why did BJP govt in the state allow such gathering? All those involved in it should be immediately booked.”

Saket Gokhale, an activist who jointed the Trinamool Congress recently, tweeted he had filed a complaint against the event with the police station in Jwalapur in Haridwar. Gokhale said he would go to court if the police did not act.

B Srivatsa, a Congress leader, tweeted the media was ignoring the event. He wrote, “No mainstream media is covering the hate speeches & calls for genocide that happened in Haridwar. As expected, no action taken by the BJP govt in the state. No UAPA? No Sedition? No arrests? Full encouragement! Hindutvawadi hate groups are fully normalised in Modi's New India.”

Gaurav Pandhi, a functionary of the Congress's social media wing, tweeted the Haridwar conclave had called for violence against former prime minister Manmohan Singh. He wrote, “In Haridwar, a group of Hindutvawadis gathered giving a call for armed violence against Muslims, former PM Dr Manmohan Singh & armed revolt against India. They stressed on CREATING TERRORISTS.