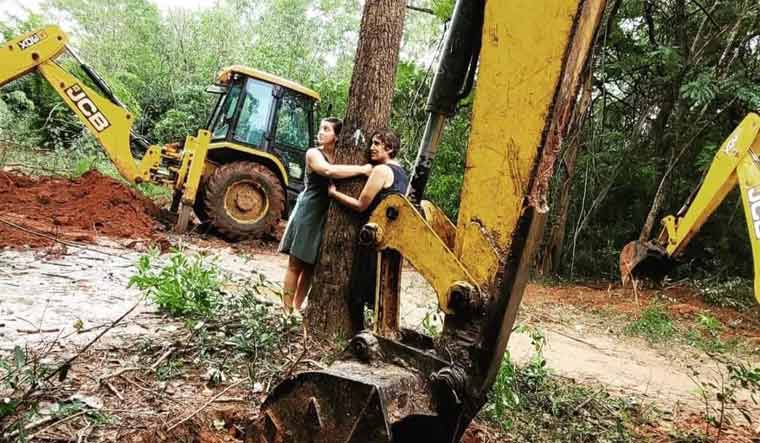 The residents of Auroville township in Tamil Nadu’s Villupuram district will now heave a sigh of relief. Their protests against the foundation bore fruit, with the National Green Tribunal (NGT) extending the ban on tree felling inside the Auroville, until the next court hearing on January 3.

The NGT’s order against felling the trees was issued on December 17.

“We, as the residents of Auroville, now hope for a break from the recent wave of bulldozing by authorities (of endangered trees, important water bodies, and structures), which was accompanied by violence, threats, propaganda and other underhanded tactics, about which many reports continue to emerge.”

They had already called for a pause to the destruction. An internal petition signed by more than 500 Auroville residents on December 5 requested postponement of the development work on the Crown Road ‘Right of Way’, until the Auroville community would arrive at a collective agreement on a practical way forward. Many residents emphasise that authorities are trying to bypass necessary steps set out in the Auroville Masterplan policy framework, such as the creation of the required Detailed Development Plans (DDPs), which have not yet been done. They emphasise that they want the planning process to be collaborative and environmentally conscious, in a way that recognises ground realities. The residents say that this approach is essential for the city of Auroville to truly be an example to the world.

“We have presented proposals for the crown corridor based on studies and analysis to the ATDC and Secretariat of the Auroville Foundation,” says renowned architect and Auroville resident Suhasini Ayer, winner of the Green Solutions Award at COP2021. “We also offered to collaborate with the ATDC to work on a trajectory for the crown that takes into account their concerns for a Right of Way that accommodates the mobility and infrastructure needs, while integrating water sheds/topography and existing development. But unfortunately, there are people who believe that the crown must be a perfect circle as indicated in the schematic maps in the Auroville Master Plan (Perspective 2025), as they believe a perfect circle has the occult power to accelerate the development of Auroville. This belief is being exploited by some persons and the authorities to create conflict within Auroville, and to dismiss residents’ and experts’ environmental concerns. The only way forward is collaboration – this is what the majority of residents call for,” she said.

Earlier, despite the protests by the residents, on December 5, more than 900 trees were bulldozed across 67 acres in Auroville. With the stay being extended by NGT the residents are hopeful that the tension and aggression will de-escalate and also make the authorities follow planning and development processes to build the city while best serving the aims and dream of Auroville residents.