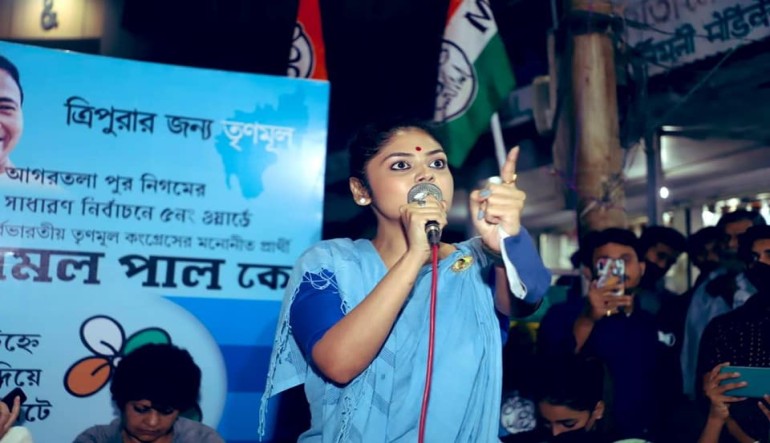 Actor-turned-TMC leader Saayoni Ghosh, arrested on Sunday on charge of attempt to murder, was granted bail by a local court in Tripura on Monday.

Ghosh was arrested after she allegedly disrupted a meeting of Tripura Chief Minister Biplab Kumar Deb by shouting “Khela hobe” (We will play) on Saturday night. "Khela hobey" is a slogan used by the TMC during the assembly election in West Bengal held in March-April this year.

Ghosh, the youth unit secretary of TMC West Bengal, was called in for questioning in a police station in Agartala, and later arrested.

She was granted bail, even as a delegation of TMC leaders staged a protest outside the ministry of home affairs in Delhi and met Home Minister Amit Shah and discussed with him the alleged police brutality against its party workers in Tripura and the arrest.

The TMC had claimed that the arrest was part of the BJP's attempt to disrupt a scheduled rally of TMC national general secretary Abhishek Banerjee in the state.