The scheme was suspended in April 2020 due to the pandemic 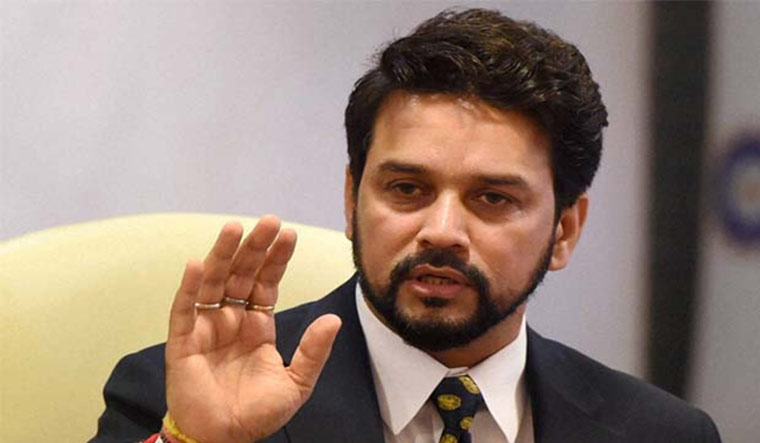 The Union cabinet on Wednesday decided to restore the Member of Parliament Local Area Development Scheme (MPLADS) and an MP will get Rs 2 crore for development activities for the remainder of 2021-22 and annually Rs 5 crore thereafter.

The MPLAD Scheme was suspended temporarily in April 2020 due to the COVID-19 pandemic and its funds went into the Consolidated Fund of India.

Announcing the decision at a press conference, Information and Broadcasting Minister Anurag Thakur said the Union Cabinet chaired by Prime Minister Narendra Modi decided to restore the scheme for the remaining part of financial year 2021-22. The scheme will continue till 2025-26.

"During COVID-19, a decision had been taken by the Cabinet that for two years, 2020-21 to 2021-22, MPLAD Scheme money will be used in the fight against the pandemic. And all parliamentarians had also enthusiastically given their consent to contribute in the fight against Covid.

"I am glad to share with you that in view of the improvement in economic scenario, the way economic recovery has taken place and we have seen growth in various sectors as well, a decision has been taken to restore MPLAD Scheme for the remainder period of the fiscal 2021-22," Thakur told reporters.

In a statement later, the government said, "The Union Cabinet has approved the restoration and continuation of the MPLADS during the remaining part of financial year 2021-22 and up to financial year 2025-26 co-terminus with the period of 15th Finance Commission."

The total financial implication for restoration and continuation of MPLADS for the remaining part of 2021-22 and up to 2025-26 will come at Rs 17,417 crore, it added.

In April last year, the government had suspended MPLADS for two years -- 2020-21 and 2021-22 -- and said that the funds totalling about Rs 7,900 crore would be used for improving health infrastructure and managing health services in fighting the COVID-19 pandemic. The government had also reduced the salaries of MPs by 30 per cent in April last.

Under the MPLAD Scheme, all MPs can recommend development programmes involving expenditure of Rs 5 crore every year in their constituencies.

The decision to suspend MPLADS had evoked sharp reactions from opposition parties which had criticised the government and had sought its restoration.

While the Congress said the decision would undermine the role of an MP and had sought its review, the left parties and the Trinamool Congress had slammed the government for the decision.

The TMC had termed the step "whimsical" and "undemocratic", while the Shiv Sena said it was taken unilaterally and without consulting anyone.

Several MPs had later written to the prime minister seeking restoration of MPLADS.

In its statement, the government said that restoration and continuation of the scheme will restart the community developmental projects in the field which are halted due to lack of funds under MPLADS.

"It will restart fulfilling the aspirations and developmental requirements of the local community and creation of durable assets, which is the primary objective of the MPLADS, the government said.

The scheme will also help in reviving the local economy, it added.

The government said the Ministry of Statistics and Programme Implementation had conducted a third party evaluation of the works carried out under the MPLADS during 2021 in 216 districts across the country.

The evaluation report recommended for the continuation of the MPLADS, it said.

Since the inception of the scheme, over 19.86 lakh works/projects have been completed with the financial implication of Rs 54,171.09 crore, it added.