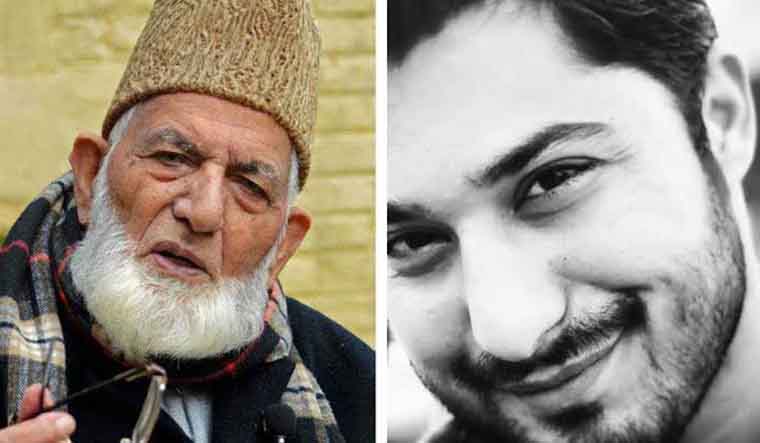 At a time when targeted killing of civilians is opening a new chapter of unrest and violence in Jammu and Kashmir and the National Investigation Agency is probing the new modus operandi of terror groups, central intelligence agencies are busy identifying overground workers whose links with terror networks have remained hidden so far.

The administration of the Union Territory of Jammu and Kashmir is carrying out a clean-up drive with the help of security agencies, who are drawing up dossiers on individuals suspected of secessionist activities for a long time, prior to the abrogation of special status.

The spotlight has been on separatist leader Syed Ali Shah Geelani's family members after his grandson Anees Ul Islam was sacked as the research officer at the Sher-i-Kashmir International Convention Centre of the Jammu and Kashmir Tourism department.

However, the malaise runs much deeper, say security officials. The list has lesser-known individuals like Farooq Ahmad Bhat of Pahgsoo, a teacher in Doda, whose services were terminated under national security reasons. According to security officials, Farooq's case is an example of how deep the terrorist groups have penetrated the valley and an indicator of how long it may take for the UT administration to clean up the system.

Anees’s appointment by the previous state administration may be construed as a politically motivated one. Questions are being raised as to why it was not detected earlier. The bigger question, however, is the lack of oversight in even the regular appointments of teachers, government employees and staff, whose credentials are doubtful, said an official. A dossier on Bhat revealed that he had been appointed Rehbar-e-Taleem (ReT) in the education department in 2005 and after completion of five years of service, regularised as a teacher in 2010.

Security officials in the valley said his family was aware of his activities and supported him. Farooq’s brother, Mohammed Amin Butt alias Haroon Khubaib, too, was found to have been actively involved in such activities.

Security agencies have alleged that his brother was an active Pakistan-trained LeT terrorist, who is suspected to be presently operating from PoK.

According to the dossier, Butt was on the terrorists list in erstwhile Doda district between 1997 and 2007, and was accused of involvement in 10 terror-related cases, including three murder cases. He exfiltrated to Pakistan in 2007 to take an important position in the outfit, the dossier said.

The list of individuals with terror links is expected to spill over gradually and it is raising a question mark on how anti-state activities remained hidden from the dozen security agencies with boots on the ground in J&K. Already, Anees's sacking has led to a controversy over his appointment in 2016, when the Burhan Wani agitation had claimed several lives. The deep-rooted connections of the Geelani family members, including Anees’s father Altaf Ahmed Shah, have been exposed by the NIA in its latest chargesheet. Shah is lodged in the Tihar Jail in a terror-funding case charge-sheeted by NIA.

But as the NIA steps up its investigations in fresh terror cases and is joined by other central agencies to crack down on terror operatives in the valley, the challenge will be to ensure that the present list of terror charges against the accused are based on fresh evidence. Also, agencies must be able to prove the charges in a court of law while ensuring a transparent and speedy probe.