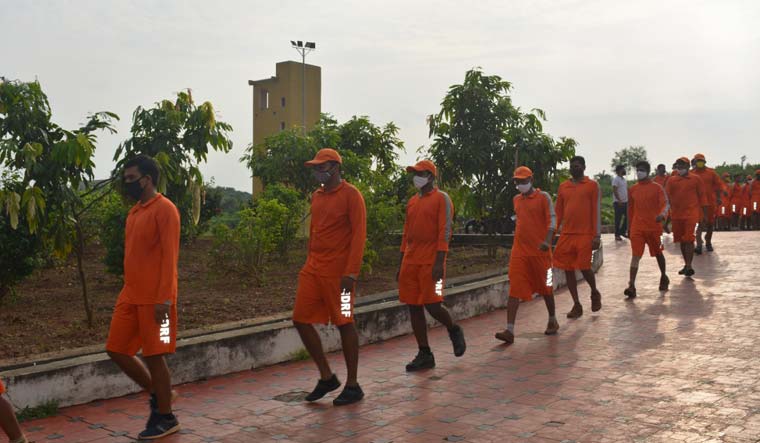 Cyclone Gulab is expected to make landfall between Kalingapatnam (north Andhra Pradesh) and Gopalpur (Odisha) from late evening on Sunday.

The Indian Meteorological Department informed that as of midday on Sunday, Gulab was 180km east-southeast of Gopalpur and 240km east-northeast of Kalingapatnam. An IMD statement said Gulab would bring maximum sustained wind speed of 75-85kmph gusting to 95kmph. Gulab is expected to weaken into a deep depression by 5.30am on Monday.

Both Andhra Pradesh and Odisha have sounded an alert in coastal districts. The Hindu reported early on Monday that in Odisha, people were being evacuated from parts of Ganjam and Gajapati districts.

"About 700 people, including many pregnant women, have been shifted in Gajapati district. Around 8,000 people would be evacuated to safer places. There is a possibility of landslips taking place in Gajapati district if heavy rain occurs under the influence of Gulab."

The East Coast Railway, South East Railway and South Central Railway have cancelled over 25 trains and re-routed and rescheduled others in preparation for Cyclone Gulab.

ANI reported 13 teams of National Disaster Response (NDRF) have been deployed in Odisha and five in Andhra Pradesh. A storm surge warning has been issued for coastal areas of Srikakulam and Vizianagaram (both in Andhra Pradesh) and Ganjam district.