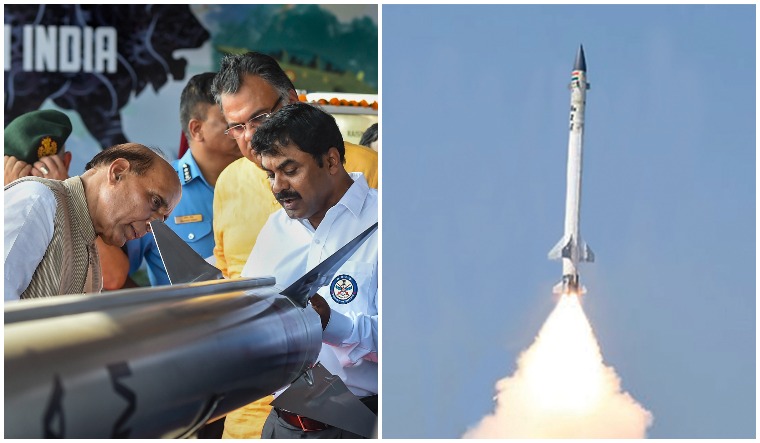 India’s Ballistic Missile Defence (BMD) programme, which aims to provide an air-defence shield from all types of hostile missiles, even the nuclear ones, is complete. The Indian Air Force is deploying all of these assets, which are developed by the country's premier defence research agency DRDO.

The homegrown BMD was two-tiered - the first layer is the Prithvi Air Defence, which can intercept and destroy missiles at exo-atmospheric altitudes of 50–180 kilometres. Pradyumna Ballistic Missile Interceptor is going to replace the Prithvi air defence, according to a defence official.

The second layer is Advanced Air Defence (AAD) Missile for lower altitude interception, which is designed to knock down hostile missiles in the endo-atmosphere at altitudes of 15-40 kilometres. Akash Surface-to-Air Missiles (SAM) is part of AAD.

DRDO was given the responsibility to work on India's own BMD. According to an official, Prithvi air defence was first tested in 2006, making India the fourth nation to have anti-ballistic missile systems after the US, Russia and Israel. Similarly, AAD got its first test in 2007 and since then both systems have done multiple rounds of tests and are now in the process of deployment.

numerous incoming objects, including aircraft, missiles and UAVs and neutralise them. Integrated with multifunction radar, autonomous detection and targeting systems, anti-aircraft missile systems, launchers, and command and control centre, S-400 will be a game-changer in the sub-continent and a huge boost to India's air defence capability.

On Thursday, in a significant boost to India’s defence capabilities, the first deliverable firing unit of Medium-Range Surface-to-Air Missile (MRSAM) system was handed over to Indian Air Force. It provides a point and area air defence for ground assets against a wide range of threats including fighter aircraft, UAVs, helicopters, guided and unguided munitions, sub-sonic and supersonic cruise missiles. Capable of engaging multiple targets at ranges up to 70 km in severe saturation scenarios, the missile is powered by the indigenously developed rocket motor and control system for achieving high manoeuvrability during the terminal phase.

Moreover, on Friday, with the induction of Indian naval ship Dhruv, the nuclear missile tracking ship, Indian joins an elite group of countries like the US, Russia, China, UK and France to have such capability. Developed by DRDO, in collaboration with Hindustan Shipyard and the National Technical Research Organisation (NTRO), INS Dhruv is expected to be based in eastern naval command in Vizag.

INS Dhruv, which will be under the control of the Strategic Forces Command (SFC), is going to India's answer to China's ‘sea-based military doctrine’, under which PLA Navy has made massive investments in developing warships, submarine and aircraft carriers.