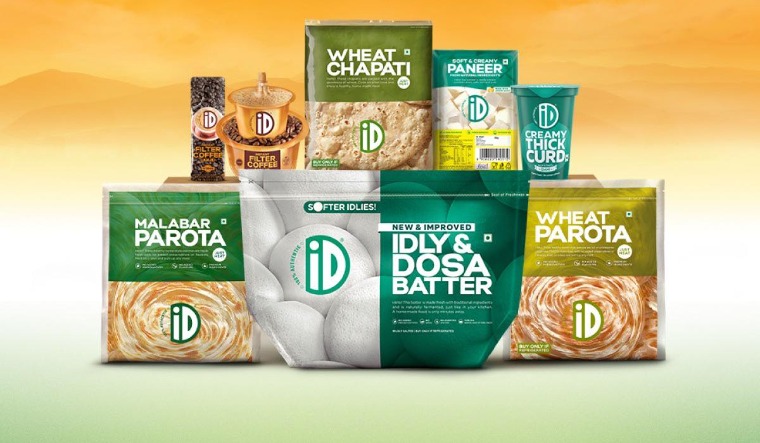 The idli-dosa batter sold by a Bengaluru-based food start-up has been at the receiving end of malicious Twitter propaganda.

It began when a user, Srinivasa S.G., took to Twitter to allege that iD used cattle bones and calf rennet in its many products, including the idli-dosa batter.

“All the Chennai stores or supermarkets are selling the Idli/dosa paste produced and marketed by iD Foods!! Do you know they mix cows bones & calf rennet to make volume of the batter?”.Srinivasa wrote on the popular micro-blogging platform.

Srinivasa's tweet, shared widely across social media including WhatsApp, created quite a furore.

Meanwhile, tweets to Srinivasa, who proclaims to be a "proud Hindu/Indian", asking him to verify the source of this information went unanswered.

They were soon drowned by inflammatory attacks on the company and its owners.

iD Fresh Food termed the allegations as "baseless and fake propaganda" aimed at undermining the trust of millions of its customers.

“We would like to clearly specify that iD uses only vegetarian ingredients to make its products. iD Idli-dosa batter is made from rice, urad dal, fenugreek and RO-water only, which are 100 per cent natural and vegetarian agri-commodities. There are no animal extracts used in any of our products,” the company said in a Facebook message.

“We proudly manufacture healthy and authentic Indian products—with no chemicals or preservatives inside our world-class, state-of-the-art manufacturing facilities that fully comply with the Food Safety Management System,” the company added.

A user, Pandurangavittal V.N., too has wrote "No, there is nothing like adding additives or animal fat. It’s only rice & dal. I have visited the plant and seen myself the process," countering Srinivasa's claims.

"You, sir, are spreading hate and I hope @Twitter takes cognisance of this and blocks the account for spreading false news,” wrote another Twitter user, lashing out at Srinivasa, who is yet to offer any explanation.

iD Fresh Food, founded in Bengaluru in 2005, is run by CEO P.C. Musthafa, who hails from Kerala, and his four cousins—Abdul Nazer, Shamsudeen T.K., Jafar T.K. and Noushad T.A..

Musthafa issued a statement condemning the fake communal message that has gone viral on social media.

“Over the last few days, several customers have been reaching out to me, concerned about dubious social media posts and forwards regarding iD products. While I don't know why these claims are being made or 'who’ is behind this conspiracy to malign the brand, I can tell you with 100 per cent conviction that none of it is true,” Musthafa wrote.

“As a society though, we need to step up and stop the spread of misinformation. Particularly in today's times when the reach and effects of information spread on social media occur at such a rapid pace. We have seen distorted, inaccurate and false information acquiring tremendous potential to cause real-world impact for millions of people. Whether it's about iD products or the vaccines against COVID-19, harmful claims that are not backed by sound evidence need to be called out. It is important and necessary,” he added.

Mustafa also stressed that all iD products used the finest vegetarian ingredients and are manufactured in world-class, state-of-the-art facilities that fully comply with the food safety management system.

"As a brand that embraces trust-based business models, we are passionate about fostering a culture of trust, transparency and diversity. And we are grateful to our customers, who have been our biggest brand ambassadors, for their continued faith in us,” he added.

Mustafa is the son of a coolie at a village in Kerala's Wayanad district. He graduated from National Institute of Technology-Calicut and later pursued MBA from IIM-Bangalore.

He started iD Fresh Food along with his four cousins from a 50-square feet establishment in Bangalore with just one grinder and Rs 25,000 in 2005.

In 2014, just as the brand was becoming popular in South India, it raised Rs 35 crore from its first round of funding from Helion Venture Partners. Later, it raised another $25 million (Rs 170 crore) from Premji Invest headed by Wipro founder Azim Premji.

iD made revenues of Rs 100 crore in 2015-16. Its products are sold in many Indian cities including Mumbai, Pune, Chennai, Mysuru, Mangaluru, Cochin and Coimbatore and in the Gulf.