Cochin Shipyard gets threat to blow up aircraft carrier Vikrant 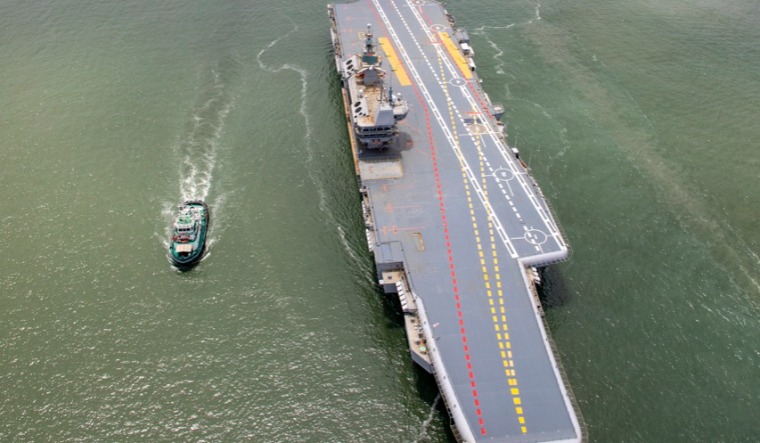 Cochin Shipyard received an anonymous email on Monday threatening to bomb the Vikrant, the indigenous aircraft carrier under construction at the yard.

Taking serious note of the matter, the Ernakulam South Police has registered a case under Section 385 of the IT Act.

It is learnt that various Central agencies too have begun a preliminary investigation. Officials are probing whether there is a terrorism angle to the incident.

Sources at the shipyard said they are cooperating with the investigation.

In July, an Afghan national, Eid Gul, was arrested for allegedly working at the strategically important shipyard even after his visa had expired.

A special team from the Ernakulam South Police had arrested Gul from Kolkata, where he had gone into hiding.

Earlier, in 2019, two workers engaged in painting activities at the site had sneaked away with critical electronic components installed on board the aircraft carrier.

The duo—Sumit Kumar Singh (23) of Munger district in Bihar and Daya Ram (22) of Hanumangarh district in Rajasthan—were arrested by the National Investigation Agency (NIA) shortly after.

The NIA had taken over the probe following national security concerns since sensitive information was stored in the stolen hard disks. The disks were finally recovered.

The sea trials of the Vikrant began last month, 12 years after the keel was laid in February 2009.

The total cost of the project was approximately Rs 23,000 crore at the time of the first sea trial.